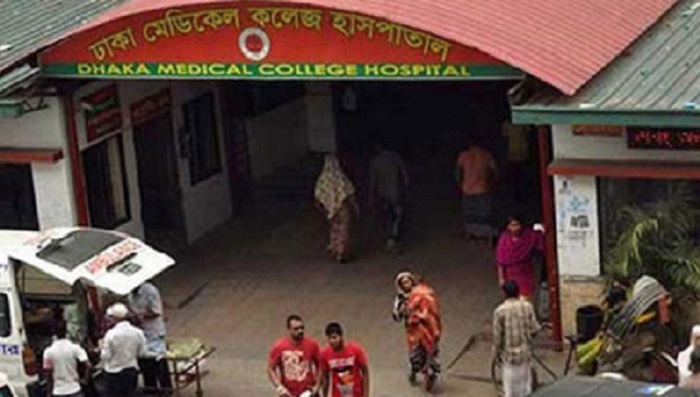 Two prisoners of Dhaka central jail have been died in Dhaka Medical College and Hospital (DMCH) on Wednesday.

The deceased were identified as Habildar Habibur Rahman (65), a convict of BDR mutiny case and Jamal driver (65).

Jailor Robiul told that prisoner Habibur Rahman, a convict of BDR mutiny case, had been sick for long time. He was admitted to Dhaka Medical Medical College and Hospital 13 days earlier for treatment. He died around 4:45pm on Wednesday afternoon.

Habibur’s son Humayun Kabir told that his father was a Habildar of BDR and had been languishing seven years in a case among three cases over BDR mutiny.

Other prisoner Jamal driver also died at DMCH at noon on the same day, Rabiul said.

He said that Jamal had been in Dhaka central jail for several days in a case and was suffering from Urology problem. He was taken to the emergency department of DMCH this noon and after examinations on duty doctors declared him dead at 1:15pm.

Jamal driver was shifted to Dhaka Central Jail at Keraniganj from Narayanganj jail for his medical treatment, Rabiul added saying earlier he was taken several time to DMCH for treatment.

Jamal was hailed from Fatulla in Narayanganj and son of Amin Uddin.