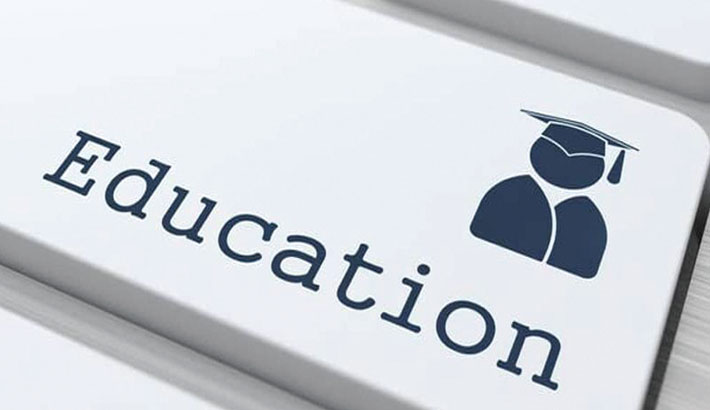 Education modifies behaviours to develop desired values in human. It not only disseminates knowledge but also equally develops such skills, which ease livelihood by ‘being and doing.’ Thus, if the system fails to conceive these principles and to produce a capable workforce, then it needs to be overhauled. Presently, a key question is –to what extent Bangladesh’s education system have fulfilled these plain attainments of education?

First issue that requires attention for the discussion is the absence of sector specific job market. For instance, appointment of a doctor or an engineer, for example, in the other sectors, rather than their specialised areas results in utter loss of the investment of the nation. Why a graduate from BUET, the IIT/MIT of Bangladesh, does need to enter the general banking? The other question is why do the banks require appointing an engineer or a sociology graduate for the banking? The present education system, for illustration, fails to deliver the skilled workforces for banking sectors, as the system might not listen to the needs of the service markets, or it produces such graduates who struggle to secure their presence imprinted. Thus, lacking of skilled and specialised potential graduates, the job providers are forced to recruit much-unconnected knowledgeable and specialised human resources to their organisations, and ultimately the concerned sector suffers. However, all of the potential employers are not compassionate enough or do not have enough time to make the unspecialised employees skilled adequately to fulfil their needs; and because of acceleration of modern-day communication, and interlinking of global markets with the local, and in the face of sheer need of seamless forward movement, the employers have to recruit skilled workforce from international markets with extra money to pay. The process makes way for draining of the country’s foreign currency, which is predominantly earned by poor garments workers and expatriates.

At this place, a relevant question comes to point: why the country has been producing such graduates, who fail to comply with the conditions of the employment, consequently, foreign nationals replace natives. Few points, followed, may retort the inquiry: prevalence of colonial mentality, lack of inclusion of experts or their opinions into educational policy level, the absence of massive reforms, failure of market forces to augment pressure on decision-makers, over dependency on bureaucracy, lack of pressure from people, lack of resources to undertake initiatives to establish need-based institutions, presence of multidimensional education system, lack of visionaryleadership, needless experiments on education systems, brain drains, presence of vested groups, negligence in implementation of recommendations of varied commissions, as well as education policy, meddlesome of donors, etc. Moreover, the potential employers’ obligation to recruit Bangladeshi nationals in many cases and heavy pay for foreign nationals coerce them to employ better among the weak job seekers, continuing the permanency of the supply of needless workforce. On the other hand, the industry, service, and technology sectors have engaged lately with international communities; thus, the demands of many sectors yet to be heard properly.

Another issue comes to ponder over - how are the graduates, who are competing having accrued their degrees from traditional universities, like? Are they efficient to satisfy their employers who need specialisation in his own area? The other day, an article that comes across on the Daily Prothom-Alo, exerted frustration, as one of the employers’ offers of a highly salaried job of an English teacher remained vacant, because of unavailability of learned and skilled enough employee from the local market. The article continued that the graduates from, once called the Oxford of the east, the University of Dhaka, failed to speak fluently or write correctly, leaving unaccompanied other institutions to be considered. Unfortunately, that employer, finally, recruited a foreign national to obtain his job accomplished. Presently, in the country, there are more than hundred public and private universities, along with the giant National University with millions of students (holding the world record for representing the most populous institution with pupils), but only a few of them involved with technical/vocational teaching-learning. The country observes some bubbles of legendary intelligent role players, who shine in and out of the country, but these are not enough for Bangladesh, as it needs more of such. Yet it is not late to choose the priority between quantity and quality, general and technical, linked academia with demand sides and continue with the tradition.

Since, Bangladesh, unfortunately, exports mostly unskilled workers (47.57%) abroad, and the result is that it earns less, as the country, though, stands at 6th place regarding human resource export, yet, stays at 8th position concerning remittance inflow. It means that the country either fails to assess the needs of the job markets or ignores the demands of the same. On the other hand, the country’s largest export-oriented sector, the garments industry, equally suffers from a lack of skilled workforce to increase productivity. What the expatriates and workers of RMG sector in the country need are the development of skill to enhance their efficiency to be a needful workforce. Therefore, they also require particular attention to manage their needs assessed and fulfilled. Most importantly, Bangladesh is at the stage of the demographic dividend; and to get most from it, the youths are necessitated to be ready to fill the vacuum in the job markets home and abroad. Hope arises, as recently, the deputy minister for education Mohibul Hassan Chowdhury Nowfel has proclaimed that the government will initiate pragmatic actions to establish more vocational and technical academic institutions.

In the other front, do the honours courses bring honour to the graduates or universities? The outcome of the question remains mixed, as the National University has become dumpers of graduates, mostly of poor potential. Though, few of the private universities doing better, yet, most of them face question marks. Lastly, the students of public universities, leaving mainstreamed study, engage themselves with preparation for the recruitment examinations of public service commission. In that fashion, they also lack specialisation with deep insights into their mother subjects. Moreover, there are graduates from religion-based educational stream, the Madrasha; Qawmi and general. These graduates from varied streams have a tendency to belittle each other; and additionally, these institutions of tertiary level are losing their reverence gradually. Like so, it would be sensible, to restrict higher education to those few, who maintain extraordinary academic results and thrust for research or are needed for teaching and high-tech sector. The universities should be fed with funds for quality research, which expedite the country’s plight for development. The researchers will identify the upcoming challenges of the job markets, assess the needs of the markets, and evaluate the present system with a cost-benefit analysis to make policy recommendations to not only the government but also the private sectors.

The assessment is that the nation does not require millions of graduates with traditional knowledge; rather it wishes that type of workforce, who fulfils the prerequisites of all sectors: private, public and non-profit as well. The country requires focusing on simplification of and synchronisation among many streams of education for attainment of universal knowledge and skills in line with ever-shifting demands of the job markets. Decentralisation of educational management and linking them with devolved local government units, lessening the burdens of nationwide public examinations to only one at the higher secondary level, and ensuring attainments of essential requirements for jobs at higher secondary level may supply the demanded outputs.