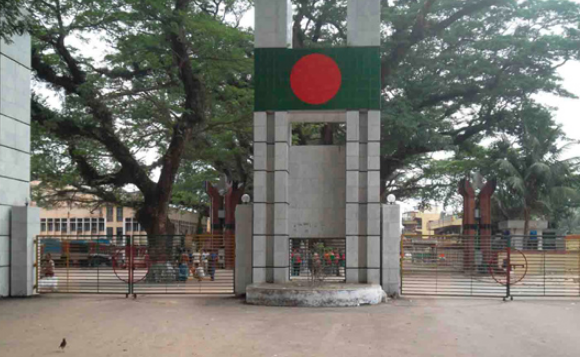 Goods are now unloading fast at the country’s biggest land port Benapole after the ‘D Mark’ method is used at the land port in customs of imported goods.

Since the goods unloading time has reduced, the importers now not need to bear additional duty and truck fares which is helping to reduce the import cost. It is also putting direct positive impact on the goods price. ‘D Mark’ method is a mean for unloading goods without any scrutiny and examination.

Talking to BSS, Benapole Customs House Commissioner Belal Chowdhury said ‘D Mark’ method is being applied on those reputed importers who have no allegation of importing different goods after declaring any specific goods, goods related to government projects and on the goods of those importers who have good reputation in the industry.

“This method was introduced to reduce the hassle of the importers and thus improve the ease of doing business situation.” he added.

The Commissioner said under the ‘D Mark’ method, an integrated team of the land port made a short list of the imported goods in every morning and as per that list, the customs officials put the ‘D’ (Direct) or ‘E” (examine) mark beside the imported goods.

After the introduction of this method, around 40 percent of goods are unloaded on the day of import while it takes highest three days for unloading the rest of the goods.

Benapole Customs House sources said, a delegation of the World Bank visited the Benapole Land Port in March and witnessed the goods unloading operation at the Benapole Port through this method and lauded it.

They also noted that the Benapole Customs House has unleashed a revolutionary change in goods unloading through this method and noted that this step of the Benapole Port could be a replicating example for the other ports.