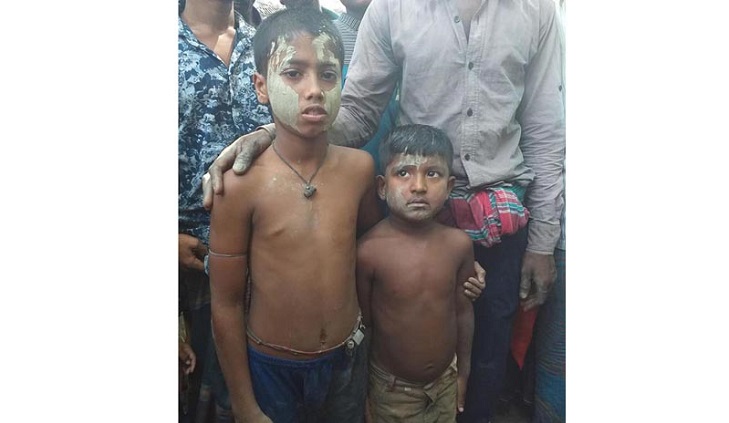 Two children were narrowly escaped from the evil clutch of human traffickers in Jhenidah on Wednesday morning.

The incident took place while the kids were grassing goats on a local field.

The victims were identified as Milon Hossen, 8, son of Tahajjel Hossen from Mongolpaita village and Razu Hossen, 6, son of Monirul Islam of the same village. Both the boys are the students of Mongolpaita madrasa.

Locals said that the two boys went to field for grassing goats as their madrasa was closed due to Holy Ramadan. Finding them alone on the field, two traffickers came with sacks and offered them to eat biscuits, they added.

Then the traffickers managed child Razu to stuff in a sack and finally, tried to stuff Milon into another sack. But being frightened, Milon shouted as loud as he can, the sources added.

Many a local said, hearing hue and cry, farmers from neighbouring fields rushed in and rescued the boys. Sensing the ensuing danger, the traffickers managed to flee the scene immediately, the source added.

No arrest incident was reported till filling the story.