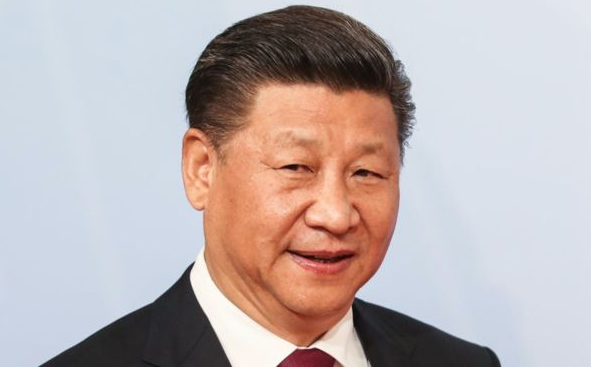 Chinese President Xi Jinping has called for co-existence of various civilizations in the world. The Chinese leader made the call while delivering keynote speech at the opening of the Conference on Dialogue of Asian Civilizations in Beijing on Wednesday.

With the theme of "Exchanges and mutual learning among Asian civilizations and a community with a shared future," the conference will end on May 2. Singaporean President Halimah Yacob, Sri Lankan President Maithripala Sirisena, Greek President Prokopis Pavlopoulos, Cambodian King Norodom Sihamoni, and Armenian Prime Minister Nikol Pashinyan also spoke at the ceremony. President Xi said humanity needs cultural strength, besides economic and technological strength, to cope with common challenges and head toward a bright future.

The intensifying global challenges humanity is facing now require concerted effort from countries across the world, he said. Citing that Asian civilizations have written a brilliant chapter in human civilization, he said Asia is one of the earliest human settlements and a major birthplace of human civilization. Asia takes up one third of the total land on Earth, has two thirds of the global population, and consists of 47 countries and more than 1,000 ethnic groups, he continued.

The Chinese president said Asian people have made incredible cultural achievements over the past thousands of years and they have started cultural exchanges and mutual learning since the early days. He said Asian people's aspiration for better life should become reality and geographically and culturally connected, Asian countries have experienced similar historical situations and pursue the same dream.

Facing future, Asian countries should grasp overall situation and strive to turn people's aspiration for a better life into reality, he said. “I hope all Asian countries will respect and trust each other, co-exist in harmony, expand cross-border, cross-time-and-space as well as cross-civilization exchanges, and jointly maintain the peaceful time that is more valuable than gold,” he added.

President Xi also expected all Asian countries will jointly promote economic globalization that is open, inclusive, balanced, and beneficial to all, and work together to eliminate poverty and backwardness in some countries. Citing that Asian people expect open, integrated Asia, he said Civilizations will lose vitality if countries go back to isolation and cut themselves off from the rest of the world.

It is foolish to believe that one's race and civilization are superior to others, and it is disastrous to willfully reshape or even replace other civilizations, he said. “We should leave various civilizations in the world all in full blossom. There would be no clash of civilizations as long as people are able to appreciate the beauty of them all,” he added.