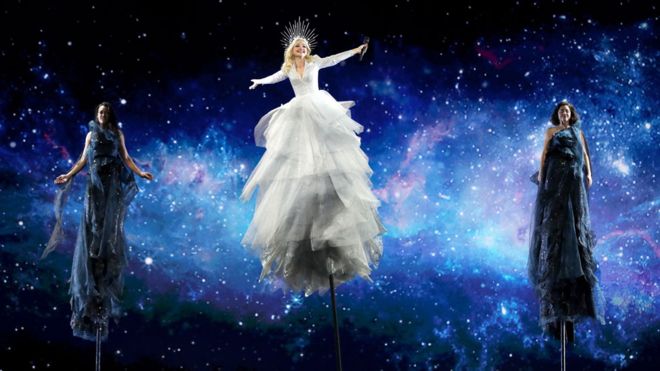 Australia will take part in the final of the Eurovision Song Contest for the fifth year running after making it through this year's first semi-final.

Singer Kate Miller-Heidke qualified with Zero Gravity, a pop-opera combo she performed in Tel Aviv while suspended in mid-air on a bendy pole.

But there was no happy ending for the Finnish representative, DJ Darude.

The Sandstorm hit-maker was sent packing along with fellow countryman Sebastian Rejman and entrants from six other nations.

A further 18 countries will take part in the second semi-final on Thursday. 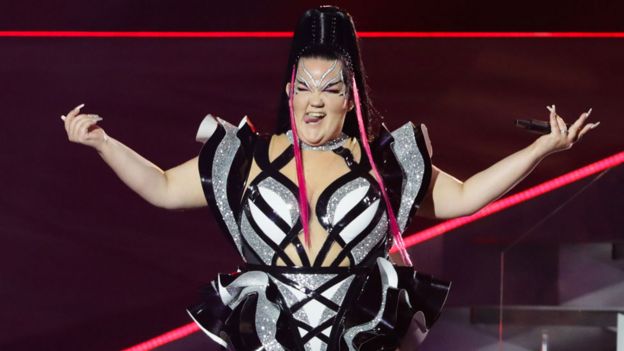 Other countries to be eliminated on Tuesday included Hungary, who failed to qualify for the first time this decade.

Singer/rapper Joci Papai finished eighth when he represented his nation in 2017, but his heartfelt ballad My Father failed to find favour this time around.

Belgium and Poland did not advance for the second year running, while there was disappointment again for habitual underachievers Montenegro.

Yet it was very much the opposite for San Marino's Serhat, who became only the second Sammarinese representative to ever make it past the semi-final stage.

Viewers in the UK missed some of the 54-year-old singer's celebrations when BBC Four's coverage of the event cut out shortly after his place in the final was confirmed.

An on-screen message apologised for the break in transmission. 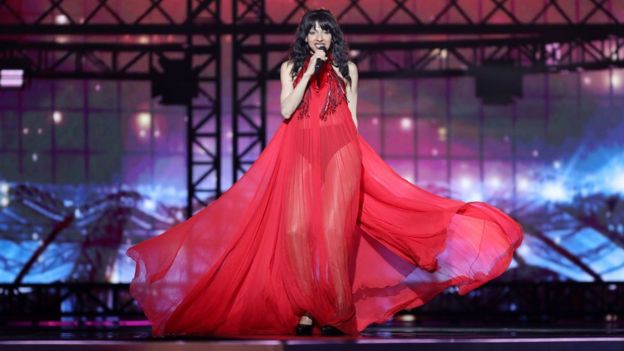 Transgender diva Dana International, who won Eurovision for Israel in 1998, was another local star to make a warmly received comeback.

Her cover of Bruno Mars' Just the Way You Are was accompanied by "kiss-cam" shots showing couples of all genders expressing affection for one another in the auditorium.

All three automatically qualify for Saturday's final, along with acts from Germany, Italy and the United Kingdom.

The countries making it through the first semi-final were:

The countries eliminated in the first semi-final were: 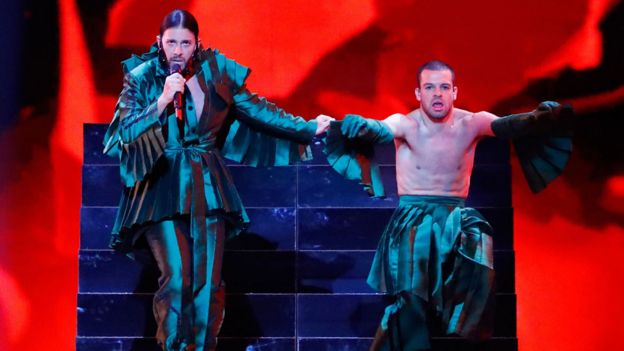 The fates of the semi-finalists were decided by a combination of votes from national juries and TV viewers.

The UK's hopes in Saturday's final will rest on Hartlepool-born singer Michael Rice and his power ballad Bigger Than Us.

The 21-year-old winner of talent show All Together Now was chosen as the UK's representative earlier this year on Eurovision: You Decide.