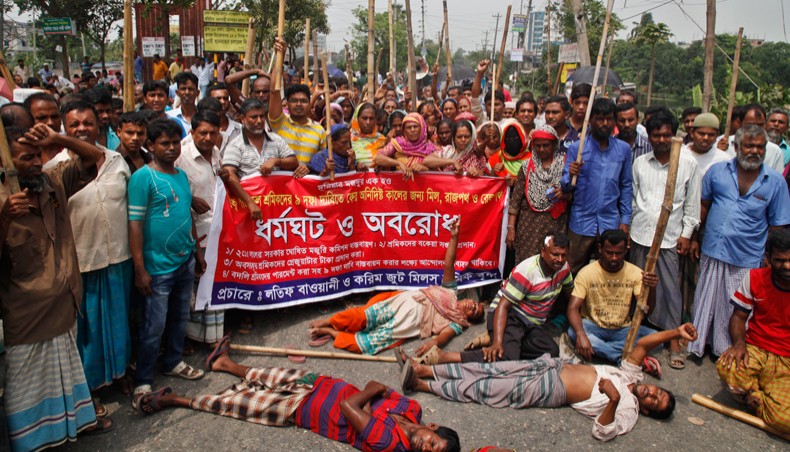 The demonstration of state-run jute mill workers continued for the 11th straight day demanding arrears and implement of wage commission.

Thousands of agitating jute mill workers blocked roads and railways in Khulna and Jashore yesterday, the second day of their indefinite strike at state-owned jute mills for better wages and arrears.

The workers across the country went for an indefinite strike across mill zones in Dhaka, Chittagong, Khulna and Jessore since May 12 to realize their nine-point demand including payment of all arrears and implementation of the National Wage and Productivity Commission Award 2015.

On September 7, 2015, the cabinet approved the eighth national pay scale which came into effect from July that year. The scale has been implemented in almost all government offices and corporations.

But some 60,000 workers of the 22 state-run jute mills are still waiting for the scale to be implemented. However, all officials and employees under the jute ministry, including those of Bangladesh Jute Mills Corporation, are drawing their salaries un-der the new scale.

On top of this, the agitating workers have not been paid for six to 12 weeks. Officials and employees of the mills have also not been getting their salaries for two to four months.