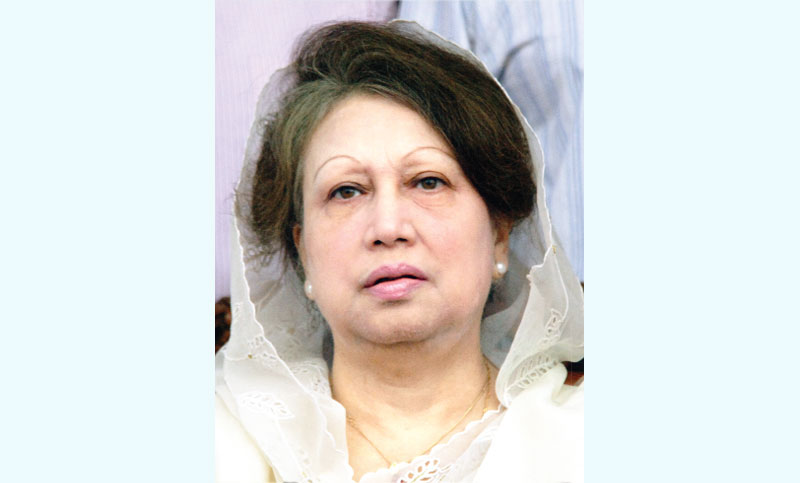 Where will destiny take opposition Bangladesh Nationalist Party’s (BNP) jailed chief Khaleda Zia next? The home minister has indicated she would be taken to the newly-built Keraniganj jail, but a question was still lingering will that change and she would be moved either to her Dhaka residence or abroad.

Home Minister Asaduzzaman Khan Kamal on Tuesday told reporter on Tuesday that the “female ward (of the  Keranigabnj Jail) was not ready till recently, but it is now ready  and Khaleda Zia will be kept there after her release from the hospital.”

Khaleda is currently at the Bangabandhu Sheikh Mujib Medical University in Dhaka where she was taken for treatment of different health issues on 1 April 2019.

Before going to the hospital, she was languishing in the Dhaka Central Jail on Nazimuddin Road after a Dhaka court sentenced her to a 17-year jail term on two separate corruption cases.

Rumours which have been around for the last couple of weeks is that Khaleda might be released on the basis of behind the scenes negotiations between the BNP and the ruling Awami League.

Despite the BNP’s strong stance against joining the 11th parliament, five lawmakers, out of six, created a huge pressure on the BNP high-ups for allowing them to take the oath.

Acting chairman Tarique Rahman, who had been staying in London, later was compelled to give the permission for the oath to avoid splitting in the party.

It is said that the ruling Awami League and BNP might reach a consensus in setting 74-year old Khaleda free from jail on health ground.

The BNP chief has been serving 17-year jail in two separate corruption charges since February 8 in 2018.

On Monday, the government decided to hold trials of 17 cases against her inside the Dhaka Central Jail in Keraniganj.

Insiders of the ruling camp say that the government may allow Khaleda Zia’s parole on health ground but it may put objection over her release on bail.

Meanwhile, the BNP leaders are also expecting her release on bail instead of parole.