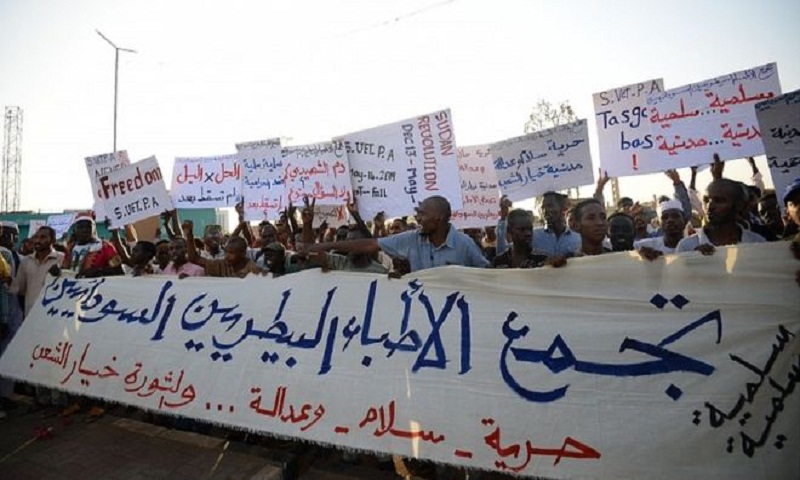 Sudan's military leaders have announced an agreement with the opposition alliance for a three-year transition period to a civilian administration.

The Transitional Military Council (TMC) said the alliance would have two-thirds of the seats on a legislative council.

Sudan has been ruled by the military council since last month's toppling of President Omar al-Bashir.

Protests that led to his downfall have continued amid demands for full civilian government.

Hours before the latest deal was announced, at least five protesters and a member of the security forces died in clashes in the capital, Khartoum.

He had been treating injured protesters in his home in Khartoum when police reportedly fired tear gas into the building.

He was one of dozens of people killed during the anti-government unrest.