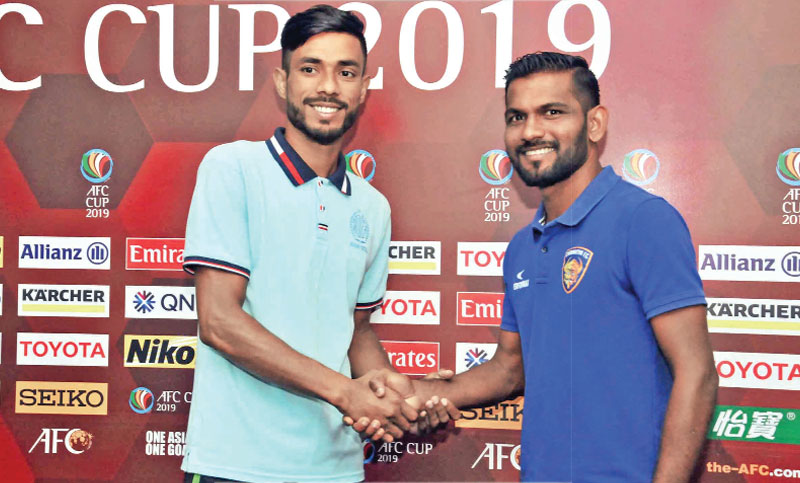 In their last Group Eencounter, a suicidal goal by Brazilian defender Wellington Priori forcedthe Dhanmondi-based outfit to concede a 0-1 defeat at the Arena Stadium in Ahmedabad on April 30.

Abahani, six-time Bangladesh Professional Football League champions, will have to win the next match to keep their hopes alive in AFC Cup.

They have failed to score enough in their Group E matches despite having a good attacking side. They netted three goals and concededas many in their last three games. Abahani coach Mario Lemos said that the team is nevertheless confident.

“We didn’t do well in India. We played well there but we lost the match. But, we’ll do better in this game,” he told a pre-match press conference at BFF house on Tuesday.

He said they would follow a very simple plan by playing attacking football and avoiding mistakes.

On the other hand, Chennaiyin FC’s goal difference stands at +3 with their three goals in as many Group E matches.

After a goalless draw (0-0 ) with Minerva Punjab on April 3, they defeated Manang Marshyangdi of Nepal by 2-0 goals on April 17 at the Arena Stadium in Ahmedabad.

Chennaiyin’s English head coach John Charles Gregory said that the match will be tough but they will try hard to win.

Abahani are participating in their third AFC campaign since 2017 but it is Chennaiyin FC’s maiden appearance.