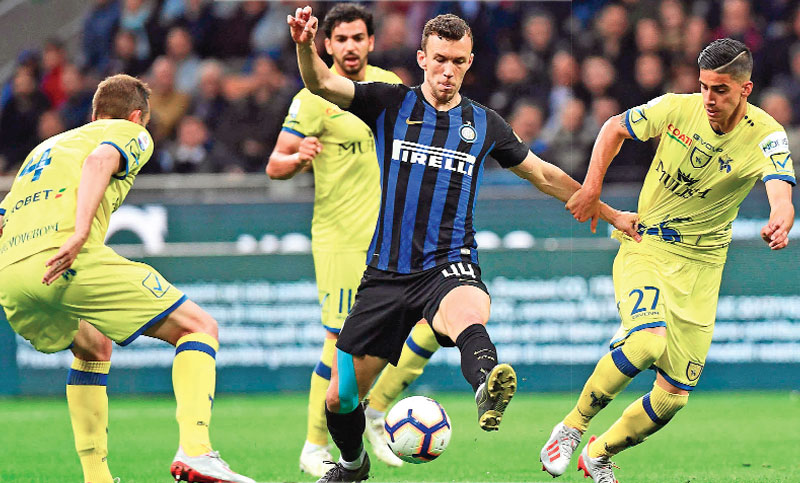 Matteo Politano and Ivan Perisic scored in either half as Inter Milan reclaimed third spot in Serie A on Monday with a 2-0 win over already-relegated Chievo to close in on Champions League football next season.

Politano opened after 39 minutes in the San Siro with Perisic adding the second four minutes from time, as Chievo played the last fifteen minutes a man down after Nicola Rigoni was sent off for a second yellow card.

Inter move back one point ahead of Atalanta as both teams edge closer to joining champions Juventus and second-placed Napoli in elite European football with two games left this season.

AC Milan and Roma are three points adrift of fourth place, with further back Torino in seventh, five points outside the Champions League berths.

Inter could seal their place with a win next Sunday at Napoli or at home against lowly Empoli on the final day of the season the following weekend.

Inter’s win ended Lazio’s Champions League ambitions with the Romans in eighth place with a slim hope of making the Europa League, which they could also reach by winning Wednesday’s Coppa Italia final against Atalanta.

Bologna moved ahead of Fiorentina into 13th position with a 4-1 win over Parma which leaves the promoted side just three points clear of a return to Serie B next season.

Parma played the last half an hour a man down after Bruno Alves was sent off, and conceded two own goals.