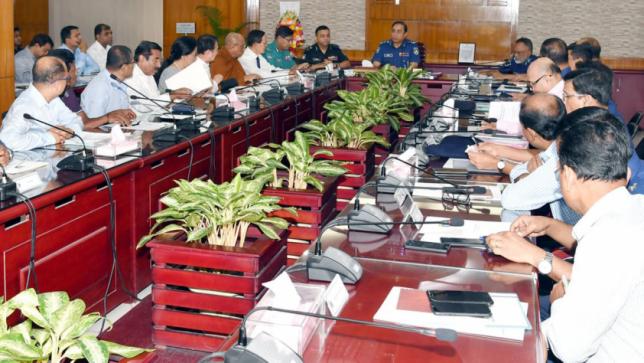 Law enforcers have taken stringent security measures so that the Buddhist community can celebrate their main religious festival Buddha Purnima with much enthusiasm.

This was informed at a meeting on law and order and security for Buddha Purnima held at the Police Headquarters on Tuesday with Inspector General of Police (IGP) Dr Javed Patwary in the chair.

Speaking at the meeting, the IGP said there is no specific security threat over Buddha Purnima. “Special security measures have been taken for Buddhist temples across the country to ensure foolproof security,” he said.

He said intelligence agencies have already been instructed to take necessary measures to monitor social media so that no group or vested quarter can spread any rumour or confusion about Buddha Purnima. “All the police units have been asked to carry out duty in plain-clothes alongside regular uniform one and increase vigilance,” he said.

He ordered the police officials to set up check posts and conduct block raids on important places ahead of Buddha Purnima.

The police chief urged all the police units to ensure flawless security at Buddhist temples with the help of community police members, local volunteers and Buddhist religious leaders.

The meeting also urged all priests not to carry bags, purses and vanity bags on the day Buddha Purnima, which will be celebrated in the country on May 18, for the sake of security.

Buddhist religious leaders at the meeting expressed satisfaction over the overall security arrangements over Buddha Purnima and also thanked the police chief.