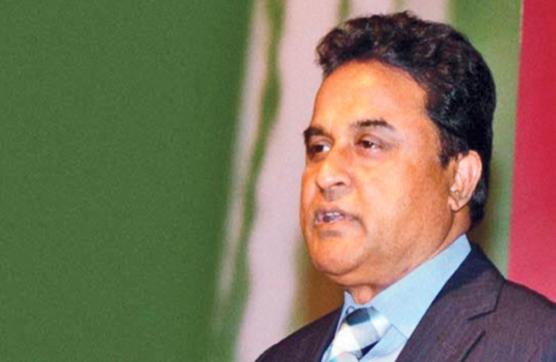 Finance Minister AHM Mustafa Kamal  said that there is now no distance between the government and the business community including FBCCI as the government is moving forward to implement the new VAT law from this first of July.

“I think now there is no distance between the government and the FBCCI, as all of those gaps have been minimized. We’re now looking forward to implement this VAT law from the first of July,” he said.

The Finance Minister was briefing reporters at his Economic Relations Division (ERD) office after holding a meeting with the leaders of FBCCI this afternoon.

The Finance Minister said there was some sort of misunderstanding with the FBCCI that they earlier demanded of the government to have a look at the final draft of the VAT law before passing it in parliament.

But, there is some technical difficulty as there is no such provision in the law to discuss over the final draft of the law until it is passed in parliament, Kamal said.

“If we don’t have the cooperation from the business community, then the entire exercise will be frustrated. For this, we seek their cooperation in a bigger way,” he added.

Kamal said that the FBCCI and the business community have now assured him that they do not have any objection now over the law as all of their demands have been incorporated.

He said after getting a start, the full implementation of the VAT law would continue to take place as newer items will come every now and then.

“It might take a pretty long time to fully implement it……VAT is now in place in a limited scale, but we want to operationalize it in a more transparent, organized and hassle free way so that no taxpayer gets hurt as well as the government gets VAT properly. We want to get VAT through a win-win situation and we’re working to create that equilibrium, “he added.

Answering to a question, Kamal said he has assured the FBCCI leaders that as per the methodology that the government is now following, there is no such plan to increase the VAT rate, rather it will be reduced on some items.

He told another questioner that the proposed three-tier VAT rates would remain the same in the new VAT law.

NBR Chairman Md Mosharraf Hussain Bhuiyan said they would resolve the disputes if arise any during the implementation of the new VAT law.

Outgoing FBCCI President Shafiul Islam Mohiuddin said Bangladesh is now on the momentum of overall economic development and all concerned including the business community have been working from their respective positions to materialize the vision of Prime Minister Sheikh Hasina.

Shafiul said the Finance Minister has assured them that tax would not be hiked on any item rather it would be reduced on some cases. “It’s enough to have trust and confidence over the government. The government will look forward to enhance the tax net,”

The former FBCCI President said the apex trade body would extend cooperation to the government for simplification of the tax system as reforms in tax and VAT is an ongoing process and a joint working committee of the NBR and FBCCI would continue to work in this regard.

Mentioning that there might be differences of opinion, Shafiul said, “We always try to bridge the gap and come to a common platform to take it forward. The tax-GDP ratio is still low in the country and we always want to address it properly…….we want to move forward together,”