4 held with fake notes worth Tk 2 lakh in Dhaka 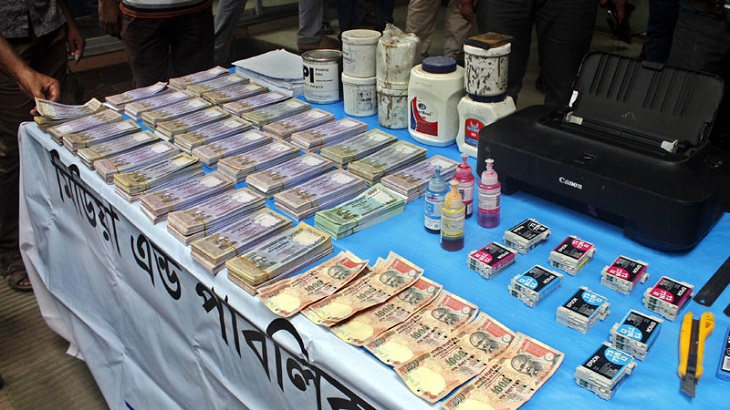 Detective Branch (DB) of police detained four people along with fake notes worth about Tk 2 lakh and 32 thousand in the city's Shahbagh area on Mondy.

A DB team of Dhaka Metropolitan Police (DMP) arrested them in a drive at Dhaka Medical College and Hospital area under Shahbagh Police Station.

Deputy Commissioner (DC) of DMP Masudur Rahman said the arrestees were trading fake notes in Dhaka and several districts of the country.

A case has been filed against the detainees in Shahbagh Police Station, he said.