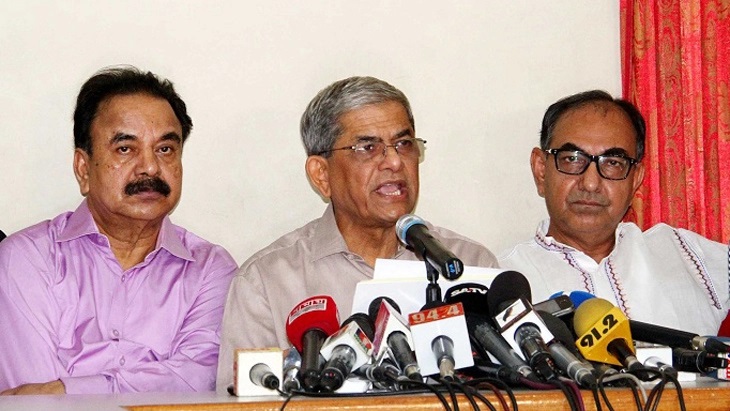 BNP is going to participate in the by-election to Bogura-6 parliamentary seat, which fell vacant afte party Secretary General Mirza Fakhrul Islam Alamgir decided not to take oath of office.

At a meeting of the BNP-led 20-party alliance on Monday night, Mirza Fakhrul Islam Alamgir said the party will also nominate a candidate for its reserved seat for women.

Quoting National People's Party chief Fariduzzaman Farhad on Tuesday UNB said that the BNP secretary general conveyed the alliance leaders about their party's decision on the by-polls to avert misunderstanding.

The meeting was held at the BNP chairperson's Gulshan office with Fakhrul in the chair.

It is, however, unclear whether the party has picked anyone for contesting the by-polls and the reserved seat.

The BNP won six seats after contesting the December national election in which the ruling Awami League won 96 percent seats in the 300-member House.

Although the BNP branded the election "full of irregularities", five of its parliamentarians have taken oath except Fakhrul.