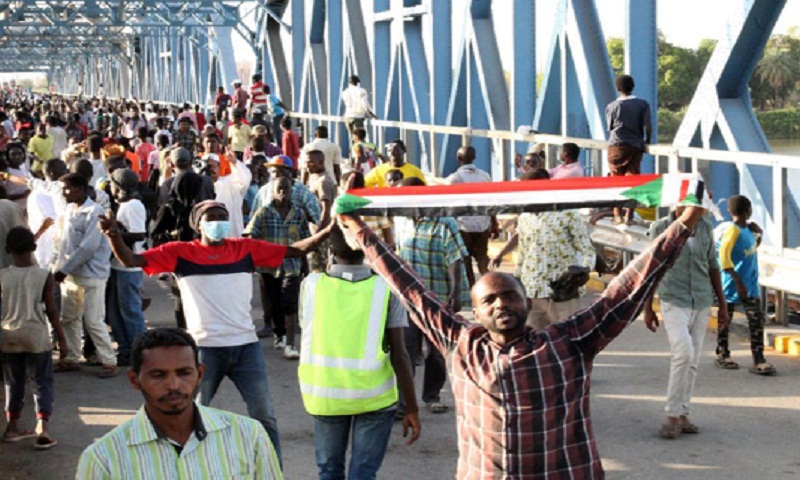 Five Sudanese protesters and an army major were shot dead Monday in the capital, hours after protest leaders and the ruling generals reached a breakthrough agreement on transitional authorities to run the country.

The latest developments came as the prosecutor general’s office said ousted president Omar al-Bashir had been charged over the killings of protesters during anti-regime demonstrations that led to the end of his rule last month.

The major and a protester were killed at a sit-in outside the army headquarters in Khartoum where thousands of protesters remain camped for weeks, demanding that the army generals who took power after ousting Bashir step down.

A doctors’ committee linked to the protest movement later said four more protesters had been shot dead, but did not specify if they were actually killed at the sit-in.

The military council said in a late night press conference that it had “noticed some armed infiltrators among the protesters”.

The umbrella protest movement the Alliance for Freedom and Change said Monday’s violence was to “disturb the breakthrough in the negotiations” with army generals as it blamed the bloodshed on the former regime’s militias.

Earlier on Monday, the generals and the protest movement said a breakthrough had been reached in their talks over handing of power to a civilian administration.

Late last month, the alliance — which brings together protest organisers, opposition parties and rebel groups — handed the generals its proposals for a civilian-led transitional government.

But the generals pointed to what they call “many reservations” over the alliance’s roadmap.

They have singled out its silence on the constitutional position of Islamic sharia law, which was the guiding principle of all legislation under Bashir’s rule.

Days later the army ousted the veteran leader, but a 10-member military council took power and demonstrators have kept up their sit-in against the generals.

Although crowds have dwindled during the day due to the scorching heat, protesters gather in their thousands after breaking the daytime fast during the Muslim holy month of Ramadan.