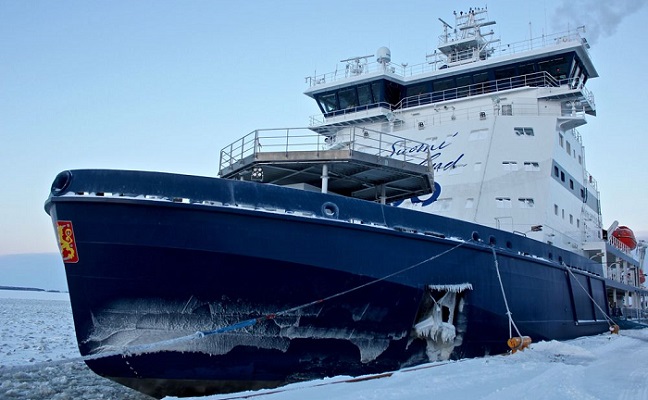 I spent much of my life in the US Navy, including nearly 11 years on the deep ocean day-to-day, out of sight of land. This really drove home the fact that oceans cover 70 percent of the earth’s surface — all the world’s land would fit comfortably within the Pacific. Oceans produce much of the oxygen we breathe and a great deal of the protein we consume. They enable more than 90 percent of international trade and provide increasing amounts of oil and natural gas. Yet now, because of climate change, the national security imperatives of the waters are rising as surely as the sea levels around the world.

Last week, two worrisome international statements demonstrated how interconnected environmental challenges have become. The first was a United Nations report warning that more than one million plant and animal species (out of eight million on earth) are facing extinction in the coming decades. Within the report are dire comments about the health of the oceans: rapidly declining fishing stocks (one third of all fishing zones are depleting rapidly); great loss of marine mammals; polar ice caps diminishing; heavy metals, toxic sludge and other pollutants accumulating at the rate of 400 million tons per year; increase in plastic pollution by a factor of 10 since 1980; hundreds of “dead zones” where no marine life can exist; and of course rising sea levels. I addressed much of this in my 2017 book, “Sea Power: The History and Geopolitics of the World’s Oceans,” and things have only worsened since. The report is a truly global effort produced by nearly 150 scientific experts from 50 countries.

The second piece of news came from Secretary of State Mike Pompeo at a meeting of the Arctic Council. He declined to sign the agreed-upon conference statement because it made a reference to global warming that the Trump administration found unacceptable. The council is the preeminent body of eight nations bordering the Arctic Sea — the US, Russia, Canada, Denmark (by virtue of Greenland), Norway, Sweden, Iceland and Finland. It works together to sustainably develop the High North, as our Canadian friends call the region. The US refusal to acknowledge global warming as a threat to the Arctic blew up an otherwise cohesive agreement. While not quite at the level Trump’s decision to exit the Paris accords on the international climate, it’s a huge setback for protecting what’s arguably the most vulnerable region of the world’s environment.

Let’s park the pure science for a moment — which the vast majority of reputable global scientists find persuasive — and look at observable fact. As a simple mariner who has sailed these waters, I will tell you a fact: The ice is melting at both the polar caps, and it is melting rapidly. This has extreme geopolitical and security consequences, especially as the Arctic opens to year-round shipping and provides a more exploitable environment for oil and gas. It’s going to be a major geopolitical competition.

What should the US-led Western alliance do to prepare?

First, increase scientific attention to uncovering even more evidence of the threat and how bad things will get if mankind doesn’t change course. There are still influential actors (including, evidently, the US president) who are not convinced that all of this presents a threat. We need more unemotional research and fact-based argumentation to win over the doubters. Given the reluctance of the Trump administration to invest in this effort, there’s a need for more international private-sector and nongovernmental-group support.

The US military must be prepared for the effects of climate change. This means recognizing that it will be increasingly called on to respond to natural disasters such as wildfires, drought and hurricanes. The Pentagon’s Northern Command, which deals with domestic emergencies, should receive more funding for planning, training and drills dealing with environmental challenges. Global contingency plans produced by all nine combatant commands and the Joint Chiefs of Staff need to factor in security challenges induced by climate change.

Finally, America and its allies should make the Arctic a top priority. That ocean will present a unique basket of challenges, beginning with simply being able to operate effectively and safely in a very challenging environment. The US Coast Guard needs money for more icebreakers (it currently has only one vessel truly capable of functioning year-round, while Russia has more than 25); the Navy must practice operations in the region; intelligence collection must increase — especially on Russian and Chinese operations; and NATO and the European Union should be leveraged for cooperative security.

Yes, there will be many land-based manifestations of environmental challenges such as weather-induced crop failures resulting mass migration. But the dangers ashore will be exacerbated terribly by damage to the oceans, which throughout human history have been the scene of much conflict. In crafting a strategy to battle climate change, mankind should be looking out to sea.