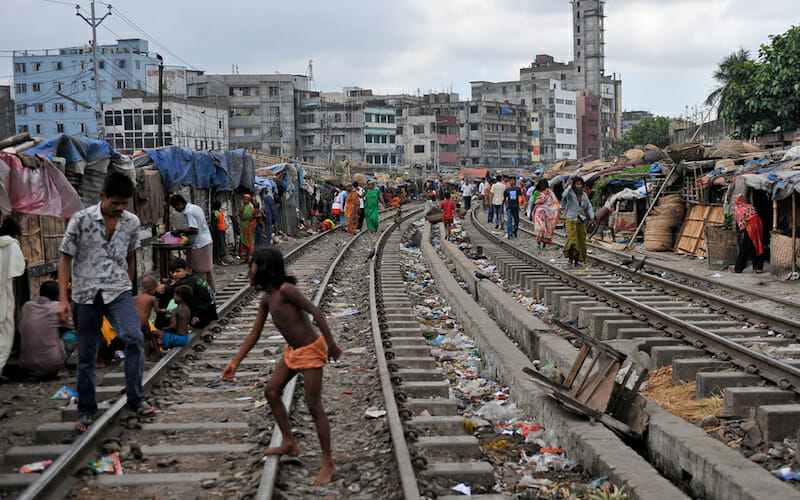 The country’s poverty rate came down at 21.8 percent while the poverty rate, as per the lower poverty line or people living in extreme poverty, came down at 11.3 percent in 2018, according to the latest data of the Bangladesh Bureau of Statistics (BBS).

This was disclosed at a press conference at the BBS Bhaban this afternoon to reveal the final data of the Household Income and Expenditure Survey (HIES)-2016.

He also hoped that Bangladesh would be able to attain the related SDG target by 2030 through eradicating poverty.

The preliminary data of the HIES 2016 was first published in October 2017 marking the 25th International Day for Poverty Reduction, she added.

According to the previous HIES 2010, the poverty rate at national level in the country was 31.5 percent with high poverty rate at the rural level having 35.2 percent while 21.3 percent at the urban level.

The field operation was done during April 2016 through March, 2017. The first HIES Survey in the country was conducted during the fiscal year 1973-74.

The standard of living of households improved in 2016 compared to 2010.

The access to social safety net which contributes in poverty reduction increased substantially during the 2010-2016. The households and program beneficiaries under different social safety net programmes were 24.6 percent in HIES 2010, whereas it increased to 27.8 percent at the household level and 28.7 percent at the individual level in HIES 2016.

Besides, the per capita per day food intake of pulses, vegetables, fish, meat, egg, increased in 2016 compared to 2010 period.