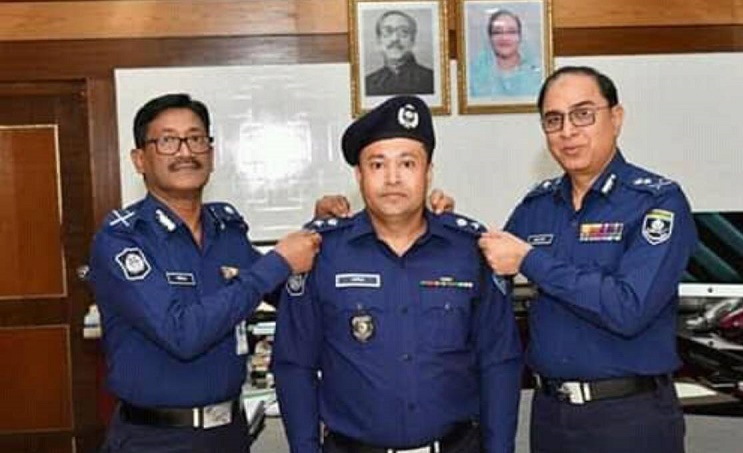 Kazi Moniruzzaman has taken charge as the new superintendent of Feni Police.

Moniruzzaman was performing duty as an additional superintendent of Feni police (admin).

Jahangir was withdrawn as per recommendations of the investigation committee formed by the Police Headquarters over Nusrat murder.

On April 6, Nusrat was set afire at an examination centre allegedly by people loyal to her madrasa principal Sirajuddoula in Sonagazi upazila. She had accused him of sexually harassing her. Sirajuddoula was arrested and subsequently suspended.

Nusrat died on April 10 at Dhaka Medical College Hospital in the capital.

Later, the case was transferred to the Police Bureau of Investigation.