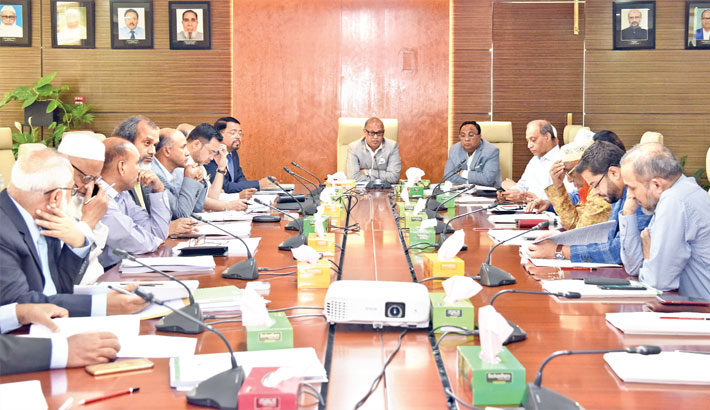 Al-Arafah Islami Bank Chairman Abdus Samad Labu presides over the 335th meeting of the board of directors of the bank at its boardroom in the capital on Sunday. 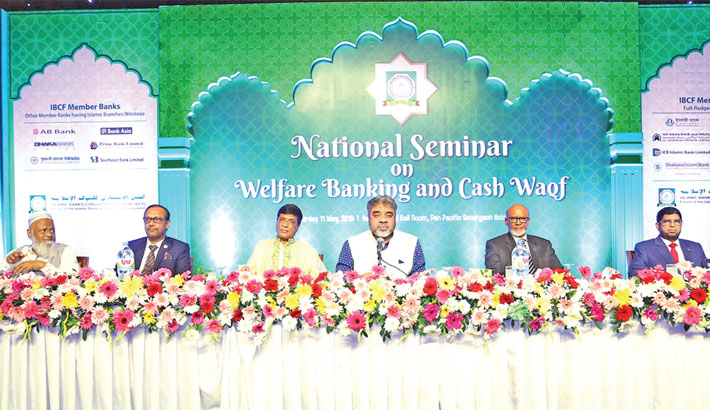 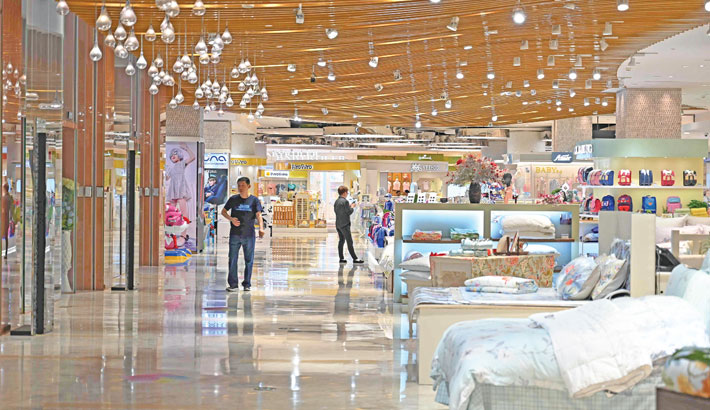 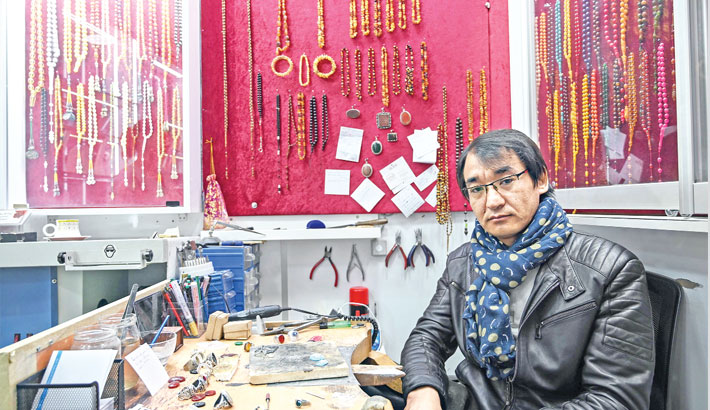 Hadi Ekhlas, engraver, poses for a picture recently at his workshop in the Grand Bazaar, in Istanbul. Afghan refugee entrepreneurs appear to be increasingly finding success in Turkey, where they bring to the local economy, not only their savings, but sought-after know-how, whether in restaurants, commerce or skilled crafts and specialities. 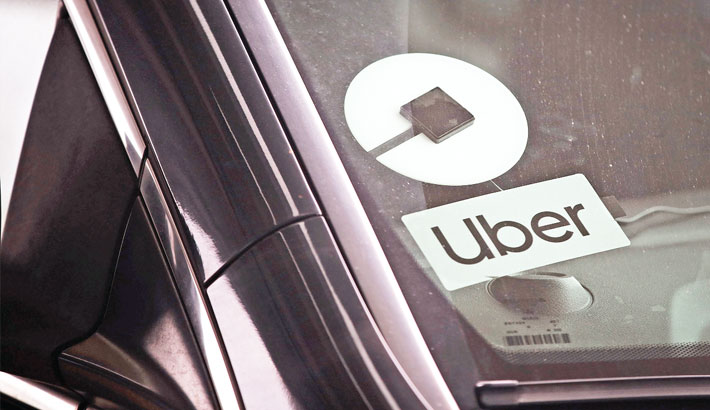 A ride share driver picks up passengers at O'Hare Airport in Chicago, Illinois. Uber is set for its Wall Street debut on Friday, with a massive share offering that is a milestone for the ride-hailing industry and the so-called "sharing economy," but which comes with simmering concerns about its business model. Shares will be priced at $45 for the initial public offering (IPO), valuing the startup at more than $82 billion, according to a filing with the US Securities and Exchange Commission. 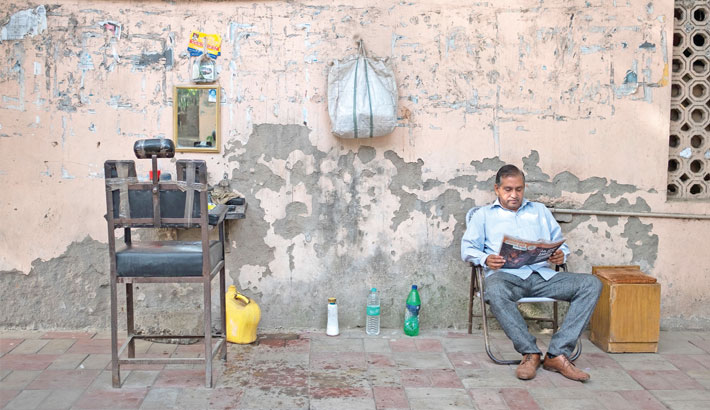 An Indian barber reads a magazine as he waits for customers on a roadside in New Delhi on Friday. Property developers in India have adopted a cautious approach as they await the general election outcome, following a tumultuous five years for the real estate market under the current government. 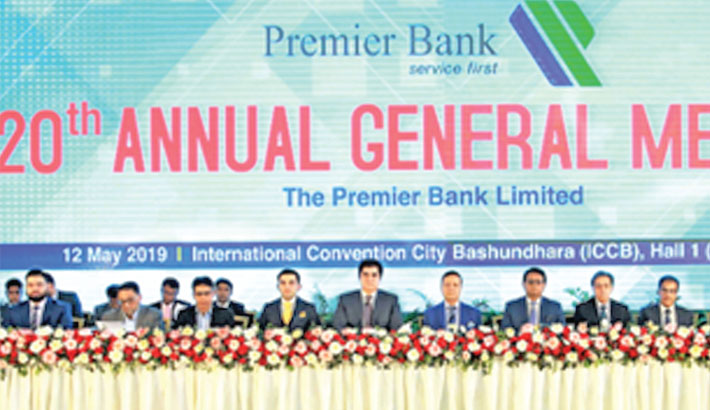 Premier Bank Chairman Dr HBM Iqbal presides over the 20th annual general meeting of the bank at International Convention City Bashundhara in the capital on Sunday. The bank declared 15 percent dividend for its shareholder at the AGM. 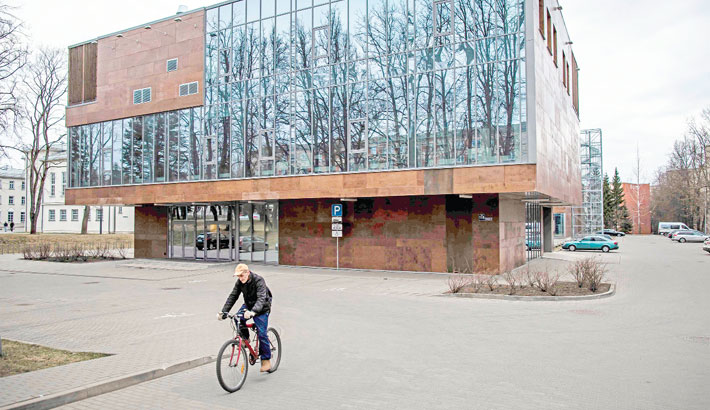 The EU funded library of the Technical University is pictured on Friday in Rezekne, eastern Latvia. A Latvian border guard helicopter hovers over a vast forest split by a long, narrow strip of sandy land where a fence topped with barbed wire marks the EU's border with Russia. Fifteen years after Latvia joined both NATO and the European Union, the Baltic state's remote Latgale region -- closer to Moscow than to Brussels -- is among the bloc's poorest areas, but its residents are staunchly pro-European. 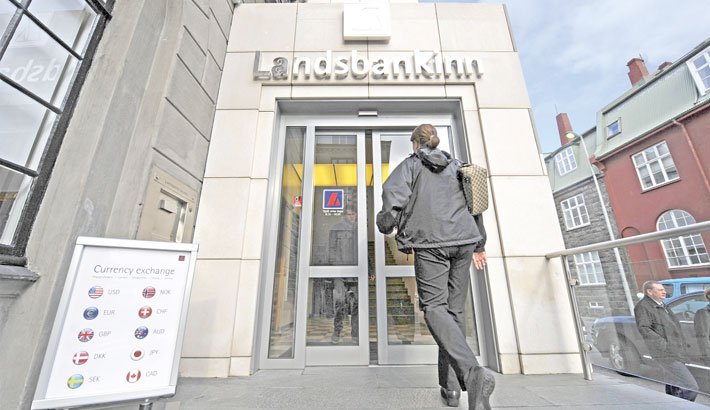 A woman enteres a branch of Iceland's second largest bank, Landsbanki (Landsbankinn) in Rejkjavik. In August 2017, Landsbanki Luxembourg, a subsidiary of Iceland's Landsbankinn, was accused of fraud by about a hundred people including singer Enrico Macias. Their appeal trial will continue on Monday. 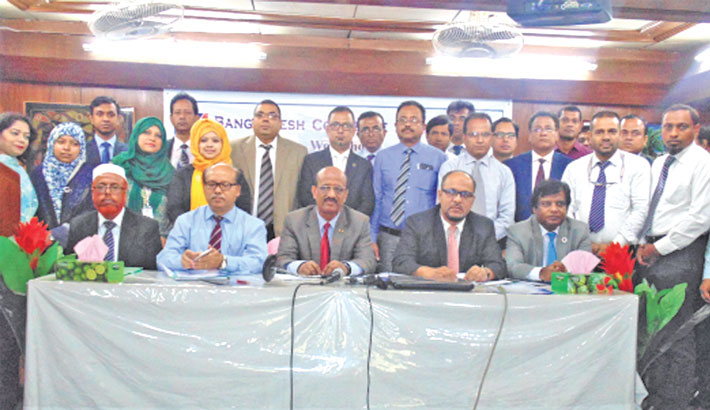 Bangladesh Commerce Bank Managing Director and CEO Md Abdul Khaleque Khan is seen at a training workshop on ‘National Integrity Strategy’ for its managers at the training institute of the bank in the capital recently.