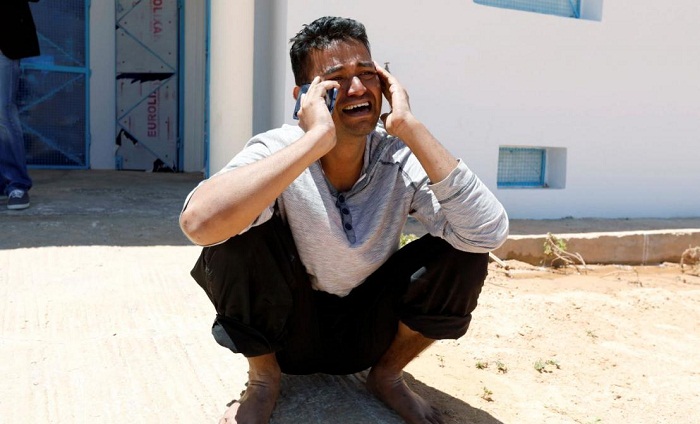 An official was sent to Tunisia from the embassy in Libya by the ministry of foreign affairs as at least 36 Bangladeshis are feared dead in the Mediterranean Sea boat capsize.

Ministry authorities were not able to say “exact information” about the shipwrecks as there is no embassy in Tunisia.

Citing media reports, foreign minister AK Abdul Momen said to journalists, “we heard that there were 51 Bangladeshis in the boat and 14 were rescued. We fear maybe 30 to 35 Bangladeshis have died,”

“Our ambassador in Libya has sent an official from the embassy,” he added.

The foreign minister said Bangladesh embassy in Libya is keeping contact with the Red Crescent in Tunisia. Currently, Momen said, Bangladesh is not sending any workers to war-torn Libya.

He also said, “These Bangladeshi nationals had probably entered Libya via any of the Middle Eastern countries with the help of human traffickers.”

At least 65 migrants, majority of them being Bangladeshi, died when their boat capsized in the Mediterranean Sea off the Tunisian coast en route to Europe from Libya on Friday, the UN refugee agency UNHCR said.

Survivors said the boat was heading to Italy and had on board only men, 51 from Bangladesh, as well as three Egyptians, several Moroccans, Chadians and other Africans, AFP reported.