War against Drug Will Continue 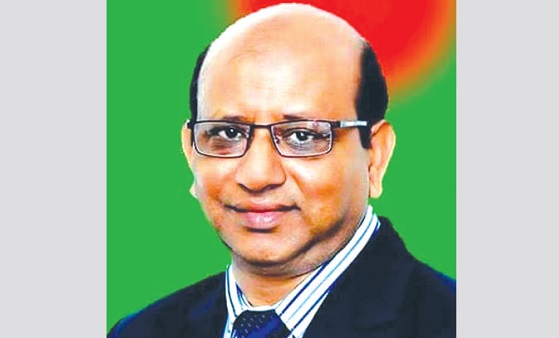 Illicit drug is a three-hundred-year old menace in our country which started with the subjugation of Indian subcontinent at the hand of British imperial force East India Company after the bloody battle in 1757 at Amrakanon in Palashi. The imperil force flooded the land with illegal drugs to divert public attention from their oppression to the drugs so that people become tame and do not think of revolting against their oppressive work and take it as their fate as a subjugated nation.

Over the years, militancy and drugs appeared as the two major problems in our country. The government has achieved remarkable success against militancy but in the war against drug it failed to gain expected result which we must admit. Being a regulatory body, Department of Narcotics Control (DNC) has the power of determining drugs need and controlling its abuse.

Bangladesh shares some 217 kilometre borders comprising land and river with the neighbouring country Myanmar. Of them, 63 kilometres boundary line is demarcated by river and water body which in some cases remain inaccessible and densely forest area. Even some parts of the boundaries are still unprotected and vulnerable. Using those unprotected and vulnerable boundary lines, drug rackets are smuggling Yaba, a crazy pill to the young generation of our country. It is estimated that about 70 per cent of the drug addicts are hooked by Yaba. The crazy pink pill comes from the neighbouring country Myanmar. Different intelligence reports suggest that Myanmar’s junta who are running the country under the veil of civilian government is directly involved with this business to destroy our young generation.

In the past, Phensidyl was one of the popular drugs and a source of profitable business although Yaba has taken over it because of its size and easy to carry. Apart from Yaba and Phensidyl, different form of liquors, marijuana, cocaine, hemp and synthetic drugs reign supreme in our country despite we have no stake in producing those drugs.

We all know that drugs are smuggled in by roads and water ways. Question now should be asked why we are failing to tackle drug smuggling. There are lots of vehicles that ply the Dhaka-Chattogram-Teknaf road and therefore checking every vehicle and every person is not feasible as it will cause a huge tailback. So we have to resort to intelligence information about the carrier vehicles and in most of the cases it is successful.

Sensing the strict vigilance in roads, traffickers start to smuggle drugs in river way from Teknaf to Patuakhali and elsewhere of the country. DNC is very helpless in checking river way drug smuggling as we have no logistics to support.

Among drugs of all kinds, Yaba has a very lucrative return against its investment. For example, a Yaba pill is bought at Tk 20 to Tk 50 in Myanmar or Teknaf’s border area and is sold in Dhaka or its adjacent area at Tk 250 to Tk 400. Because of high return children and women are also involved with this drug smuggling and its transportation.

A research reveals that students become drug addicts after being influenced by friends. It is not possible for a student to manage Tk 250 or Tk 300 to buy a Yaba pill without stealing money from his/her parents. Once they become addicts, they turn into vendors to arrange money for drug consumption.

We have chalked up a detailed plan to fight against illegal drugs with the help of different government machineries to save our future generation from the clutch of drug addiction. I must say that government’s action will not bear expected fruits until mass people step up their efforts against this dark business and remain alert about the activities of their near and dear ones.

DNC is regularly conducting drive against illegal drugs with the help of different law enforcement agencies such as police, coast guard, RAB, BGB and other forces. We need cooperation from people from all walks of life to remove this curse from our society.

It is estimated that there are about 36 lakh drug addicts, among whom 74 per cent are male and the rest 26 per cent are female. A research learned that 98 per cent of drug addiction starts with taking cigarette out of fantasy.

Bangladesh has set a target of becoming middle income county by 2021 and free from hunger and poverty by 2030 and developed nation by 2041. Unemployment and drug addiction among the youths pose a serious threat to achieving those goals although different programmes are witnessing success with the direction supervision of Prime Minister Sheikh Hasina.

Department of Narcotics Control is not confined in making only paper works; rather is active in different anti-drug drives. To increase people’s participation in the war against drugs we are taking opinions from different class of people of the society. We are sensitising pupils about the bad effect of drugs through distribution of banners, festoons, leaflets and organising debate programmes.

DNC has already started massive campaign against drug with a slogan of “Love life, stay away from drug” with the help of different ministries aiming at raising public awareness against drug for protecting next generation from the danger of drug. We are also arranging anti-drug campaigns, holding rallies and staging anti-drug dramas on the streets and at public places. Anti-drug campaigns are being operated successfully in the educational institutions through the ministry of education. We find a very positive impact among the students.

Department of Narcotics Control is regularly conducting drives in different places and manage to identify the drug rackets but can’t come out successful all the time because of their muscles power backed by politics and social hegemony. People from all walks of life should step up their efforts against illegal drugs and their bad impact.

In the past law enforcement agencies busted ‘shisha bar’ in different posh areas of the city but could not bring the culprits into book as there was no law regarding the shisha bar. The recently passed Narcotics Control Act-2018 has incorporated the shisha bar and sentencing life term or death penalty as the highest punishment in case of carrying, marketing or possessing heroin, cocaine or others drugs above 25 grams. The law also has the provision of one year or highest five years sentencing for possessing, carrying or marketing 5 grams of drugs.

In previous Narcotics Control Act-1990 there was a penalty for death penalty for drug addicts but there was no legal scope to take action against the drug hoarders which pave the way of escaping main culprits or planners of drug trading punishment. In the new act, officials of department of Narcotics Control have been empowered with investigating money laundering case aiming to bring the patrons of drug trading and other people involved under law.

Honourable Prime Minister Sheikh Hasina has declared a zero-tolerance policy against drug. To implement the Prime Minister’s policy into reality people from all strata should come forward.

Quoting India’s former president APJ Abul Kalam, I want to tell the young generation, “Dream is not that which you see while sleeping; it is something that does not let you sleep.” We want to see that dream.

My sincere hope that all parties involved with anti-drug campaign for controlling drug and its abuse will play a significant role and will work as an envoy of the government. The dream of Sonar Bangle that the Father of the Nation Bangabandhu Sheikh Mujibur Rahman dreamed will be fulfilled if we are able to keep our young generation away from drugs.

The writer is the Director General, Department of Narcotics Control, Bangladesh