Respect Mothers of Others 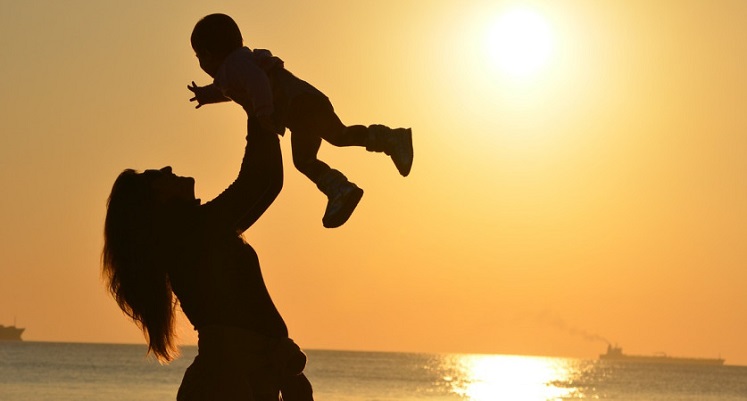 Mother's Day is celebrated in Bangladesh along with many other countries in the world on the second Sunday of May. This year it is celebrated on 12 May. The day is very special to both mothers and their children. Some buy gifts to make their mothers feel special. Some take their mothers along with other family members to exotic restaurants. Many online and offline shops offer attractive discounts on different products so that people can buy special clothes and jewellery items for their mothers.

Basically, the day is celebrated to honour the mothers and motherhood. The practice of honouring mothers on a special day has ancient roots. The sacrifices and devotions of mothers have been acknowledged by others for thousands of years. However, we are familiar with the recent history of the observance of Mother's Day which was originated in 1907 by Anna Marie Jarvis. She initiated and ideated to celebrate an annual nationwide day to deeply remember her mother's venerated role in her life. She took a feminist move. She claimed a national holiday to respect and commemorate mothers and their contributions. She remained unmarried and childless in order to secure her voice. Later on, people and media of the US quickly circulated Jarvis's vision. Then on 8 May in 1914, the 28th US president Woodrow Wilson signed a proclamation designating the second Sunday in May as Mother's Day. From then on, the annual celebration of Mother's Day became popular and familiar worldwide.

Mother's Day has been commercialised, capitalised and, at times, politicised. In 1968, Coretta Scott King, the wife of Martin Luther King Jr. used Mother's Day to support unprivileged women and children. Her political move is so inspiring that every year many people around the world voluntarily help poor unprivileged mothers with clothes, foods and other necessary products.

Mother's Day is quite a special day which demands a special kind of celebration. On Mother's Day, we post a heart touching status on Facebook. We idolise our own mothers in virtual world. We express profound love for our mothers. Everything we do, we do it to make our "own" mothers feel special. While making our "own" mothers happy, have we ever thought of the mothers of others? We only focus on our very own biological mothers who have gone through such painful process of childbearing and childrearing. Our perception is so narrow that we cannot see or understand beyond the conventional concept and definition of "mother".

A mother is the one who is the primary caregiver. She sacrifices her whole life for the happiness of her children. She loves her children even more than her own life. However, a lady does not necessarily have to give birth to a child biologically in order to become a mother. One does not become a mother right after her delivery. Motherhood does not offer any one a state of "being" a mother. It offers a process of "becoming" a mother. So, a biological mother needs to become a suitable mother. A non-biological mother can also become a wonderful and caring mother.

All these accusations are made by the people around her. Her own child will understand her, because she is her/his "own" mother. But, people, sometimes unfortunately including the father of the baby, misunderstand and mistreat her. Why? It is because she is not "his" mother. So, to him, his mother is right. His mother deserves applause and respect. But his "child's mother" does not deserve respect from him!! People must change their perception. Mothers of others also deserve to be honoured and appreciated by their surroundings.

Now, by "mothers of others", I also refer to those ladies who are yet to become a mother, who are yet to be married, even who are still adolescents. By "mother", I simply mean every single lady on earth. We know a popular proverb which is, in Bangla, "ghumiye achhe shishur pita sob shishur ontore" (a father is sleeping inside the heart of every son). Now, let's change the gender here. The proverb becomes "ghumiye ache shishur mata sob shishur onotore" (a mother is sleeping inside the heart of every daughter). In this case, a mother lies in every single lady regardless of age, marital status and biological motherhood.

So, when someone abuses a mother, he/she abuses the whole motherhood. A mother's physical body is a metaphor for a land--motherland, let's say. When a rapist exploits a female body, he exploits the entire motherland. The rape incident of Subarnachar dangerously broke my heart. I never understand how these aggressive beastly men could pollute and exploit a mother of four little children! Haven't they come out of their mothers' wombs? Haven't their mothers taught them basic principles of life? If you only respect your mother and abuse other mothers, you will only dishonour the teachings and values of your own mother. Simple!

So, while appreciating your own mother, respect other mothers too. Do not just blame them for not knowing so many goddamn new things. Start praising them for their efforts. When a mother is psychologically disturbed, harassed, abused and accused, she is more likely to raise up a depressed child. A depressed child is a threat to a society. Therefore, keep the mothers happy. A positive and proactive mother is a gift for a family, and thus, for the society. So, besides acknowledging your own mother, respect the mothers of others.