Lok Sabha elections 2019 phase 6: All you need to know 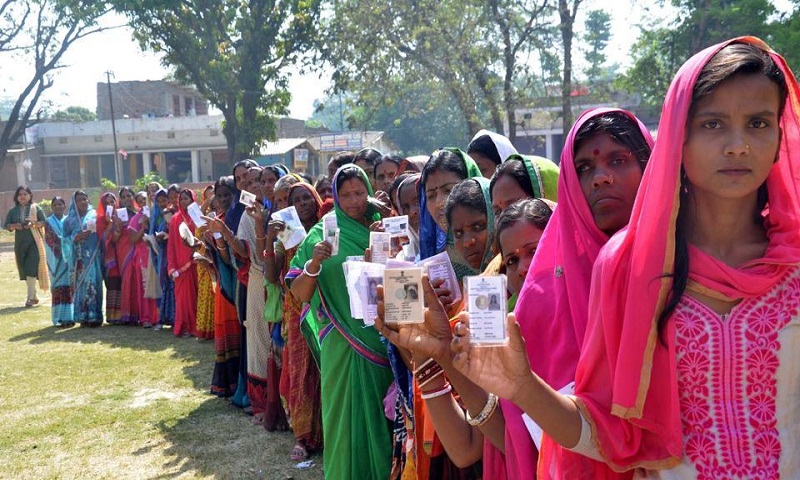 The voting in the sixth and penultimate phase of the seven-phase election will take place on May 12 with 59 Lok Sabha constituencies across 7 states going to polls.

In the sixth phase, the BJP will have the maximum at stake as it will be looking to defend 45 seats that it had won in the 2014 Lok Sabha elections.

More than 10.17 crore voters will cast their votes to decided the fate of 979 candidates at 1.13 lakh polling stations.

Apart from the seven key constituencies of the national capital, the more interesting electoral battles will take place at Morena, Guna, and Bhopal in Madhya Pradesh. In Uttar Pradesh, Sultanpur, Allahbad and Azamgarh will be the key seats to look out for with East Champaran in Bihar and Hisar, Sonipat and Rohtak in Haryana.

In Madhya Pradesh’s Morena, the key contest will be between Narendra Singh Tomar of the BJP, who will go up against Congress’s Niwas Rawat. Tomar is the sitting MP from Gwalior, but has been fielded from Morena replaceing sitting MP Anoop Mishra. Tomar and Rawat have gone up against each other earlier in 2009 with Tomar defeating the Congress candidate with more than one lakh votes. The BJP is hoping for a replay of the 2009 results in Morena.

In Guna, the citadel of the Scindia family, Congress general secretary Jyotiraditya Scindia will go up against BJP’s KP Yadav, a former Congress member who was close to Scindia. Yadav jumped ships in 2018 after the Congress denied him a ticket for the bypolls.

In Bhopal, veteran Congress leader Digvijaya Singh will go up against the BJP’s controversial candidate Sadhvi Pragya Thakur, an accused in the 2008 Malegaon bomb blasts case.

Sultanpur was once a Congress stronghold, however, the party has won it back only once in 2014. Since 1991, Sultanpur has voted the BJP to power four times, with the BSP coming in second with two victories and the Congress winning it only once.

In Allahabad, the contest is between the BJP’s Rita Bahuguna Joshi who will square off against Congress’s Yogesh Shukla, and Samajwadi Party’s Rajendra Pratap Singh.

Joshi will be looking to carry forward the legacy of BJP veteran Murli Manohar Joshi, who was denied a ticket by the BJP.

Azamgarh, a Samajwadi Party bastion, is witnessing a Yadav versus Yadav battle with Samajwadi Party chief Akhilesh Yadav will be testing his luck against the BJP’s Dinesh Lal Yadav ‘Nirahua’.

Azamgarh is among the handful of Lok Sabha seats in Uttar Pradesh that the BJP did not manage to win in the 2014 Lok Sabha elections with SP patriarch Mulayam Singh Yadav winning from here.

In Haryana’s Hisar, a triangular contest of dyansts is on the cards as Dushyant Chautala of the JJP goes up against Bhavya Bishnoi of the Congress and Brijendra Singh of the BJP. Chautala, who leads the JJP, is struggling to retain his seat, even as the other two look to wrest the seat from him.

In Rohtak where Jat voters have a sizeable presence, Congress’s Deepender Singh Hooda will go up against BJP’s Arvind Sharma. The contest here is being seen more as a direct fight between the Congress and the BJP even though INLD’s Dharamvir and BSP’s Kishan Lal are also in the fray.

In Delhi, three-time Delhi chief minister Sheila Dikshit has been brought back into electoral politics by the Congress in a bid to wrest the northeast Delhi seat from the BJP which has fielded sitting MP Manoj Tiwari.

In Chandni Chowk, veteran leaders Harsh Vardhan of the BJP is going up against Congress’s Jai Prakash Agarwal. Sealing, GST and demonetisation are the key issues in Chandni Chowk, the city’s biggest wholesale market.

In East Delhi, its a battle of Congress veteran Arvinder Singh Lovely will go up against the AAP’s Atishi and BJP’s Gautam Gambhir, both of whom have been referred to by the Congress as “political tourists”.

The counting of votes will take place on May 23, four days after the seventh phase of Lok Sabha elections gets over on May 19.