Demand for cut in duty on bidi 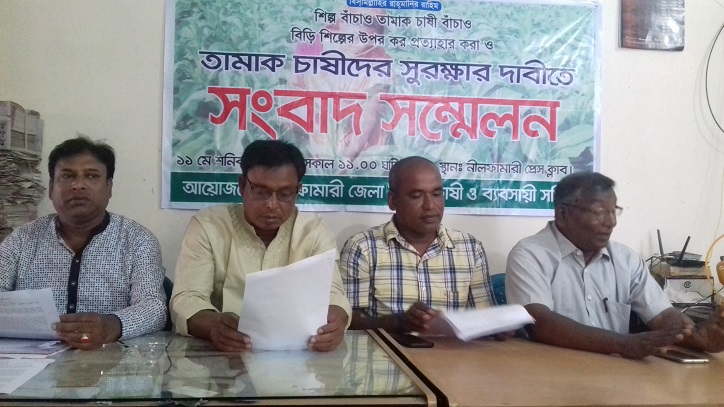 Tobacco farmers and traders have demanded cut in duty on locally-made bidi in the upcoming budget for the protection of the domestic industry.

They made the demand at a press conference organised by Tobacco Farmers Association at Nilphamari on Saturday.

The speakers said excessive duty on bidi has resulted in shutdown of many factories, badly affecting the livelihood of thousands of farmers in the northern region, particularly greater Rangpur, where the main crop is tobacco.

They said neighbouring India has declared bidi sector as a cottage industry and is offering different benefits to the sector for its protection, but the Bangladesh government is imposing excessive duty and taxes every year.