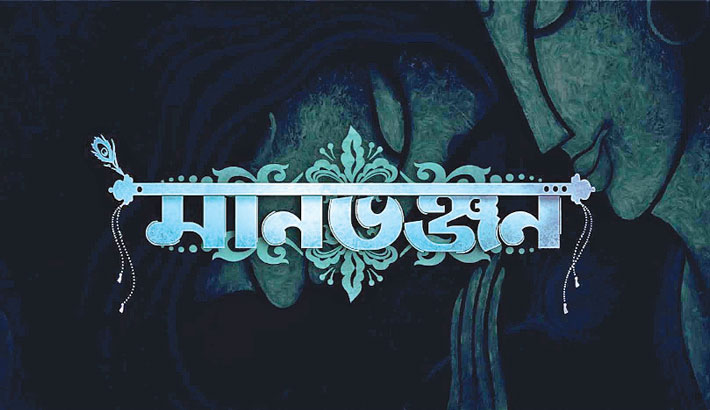 hoichoi, a leading Bengali digital platform, never misses a chance to commemorate the rich library of Bengali literature. On the glorious occasion of Rabindra Jayanti, hoichoi announced its upcoming original of the same name as the story by celebrated poet, playwright, artist and musician, Rabindranath Tagore - ‘Manbhanjan’.

Rabindra Jayanti is a cultural festival, celebrated by Bengalis around the world, in the remembrance of Rabindranath Tagore’s birth anniversary. To mark this occasion hoichoi announced its upcoming original ‘Manbhanjan’ that is named after one of Tagore’s creation. Renowned filmmaker Abhijit Chowdhury directed this series and the lead casts are Sohini Sarkar (marking her debut with hoichoi), Amrita Chattopadhyay and Anirban Bhattacharya.

The plot is about Giribala’ a housewife who leads a lonely life in her in-law’s home. Giribala and Gopinath had a loving, romantic relationship when they got married but soon Gopinath fell out of love and started seeing a glamorous theatre actress, Labanga. The charm of Giribala’s youth and beauty could not keep Gopinath in the house as her husband doesn’t care at all about her anymore. Frustrated with her daily life of utter loneliness, Giribala leaves her house after Gopinath escapes with Labanga. Giribala decides to make the most of her life and comes out of the situation much braver, stronger and empowered.

Will Gopinath cross paths with his wife or will they remain estranged to live “happily ever after”? To let you know what happens afterwards, ‘Manbhanjan’ will start streaming on hoichoi from May 31st.

Regarding this new original, Sakib R Khan, Business Lead, hoichoi, Bangladesh said, “We at hoichoi always try to uphold our rich Bengali culture on screen. Works of Rabindranath Tagore symbolises the profuseness of Bengali literature. So, on this eve of Rabindra Jayanti, the birth anniversary of Rabindranath Tagore we decided to pay our tribute to him by announcing the latest hoichoi original based on one of his stories”. Content on hoichoi are now available for Bangladeshi viewers too. One can easily subscribe to hoichoi using the local currency and through multiple payment methods like Digital Wallet, Credit and Debit Cards and many more.