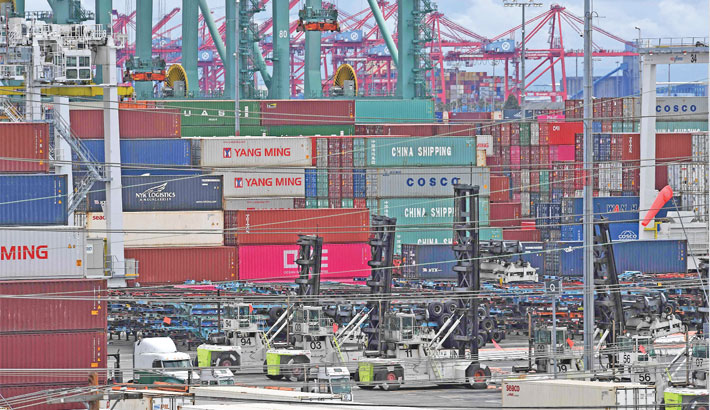 Unloaded containers from Asia are seen at the main port terminal in Long Beach, California on Friday. Two days of talks to resolve a worrisome US-China trade battle ended Friday with no deal, but no breakdown either, offering a glimmer of hope that Washington and Beijing could find a way to avert damage to the global economy. 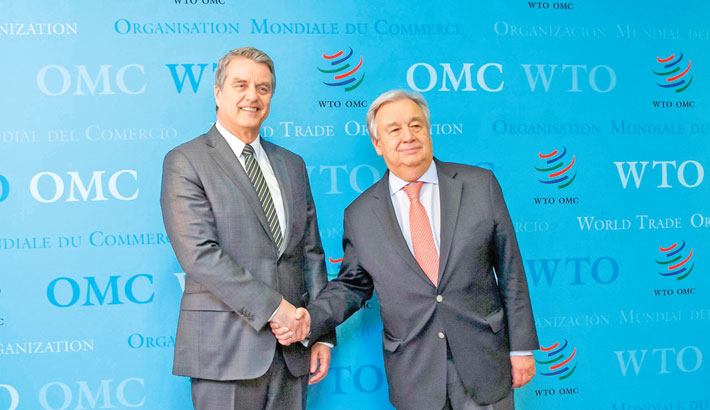 United Nations Secretary General Antonio Guterres (L) and World Trade Organisation (WTO) director-general Roberto Azevedo pose for a picture prior to addressing a Special Session of the WTO's General Council, at the headquarters of the WTO in Geneva on Friday. 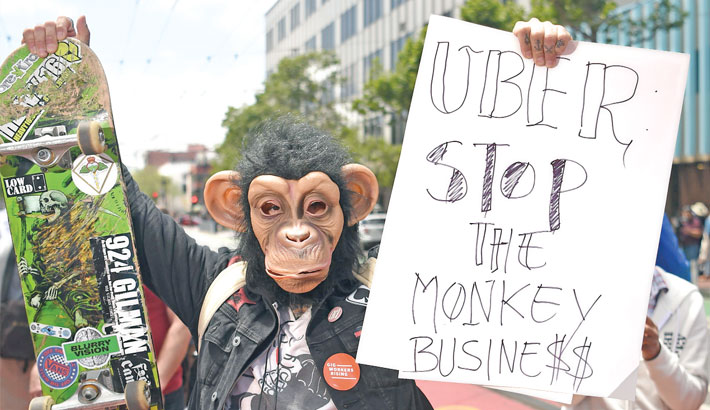 In this file photo taken recently, a man in a monkey mask holds up a sign as people block an intersection while protesting Uber and Lyft near Uber's headquarters office in San Francisco, California. Uber is set for its Wall Street debut on Friday, with a massive share offering that is a milestone for the ride-hailing industry and the so-called "sharing economy," but which comes with simmering concerns about its business model. Shares will be priced at $45 for the initial public offering (IPO), valuing the startup at more than $82 billion, according to a filing with the US Securities and Exchange Commission. 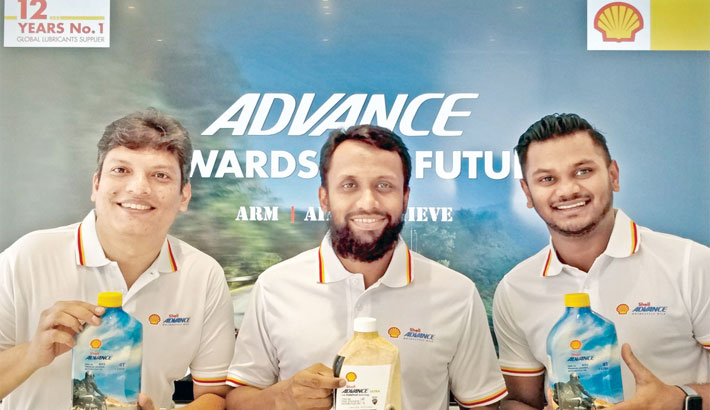 Ranks Petroleum CEO Sardar Md Khaled Bin Hasan and Head of Marketing Rezwan Nawsher pose for a photo with ‘Shell Advance’ at a function in the capital recently. Shell is global number one lubricant brand for last 12 years and RKPL is the macro distributor of Shell for Bangladesh. 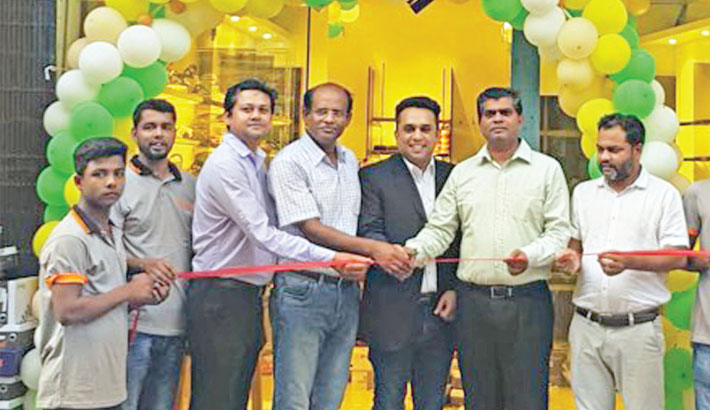 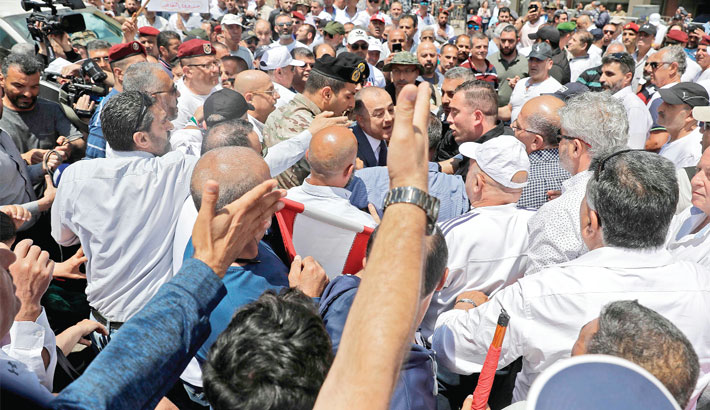 Lebanese army veterans react to the arrival of Minister of Defence Elia Bou Saab to talk to them as they demonstrate near the governmental palace in Beirut on Friday to protest legislation related to their pension entitlements thought to be voted in the upcoming government budget cuts.