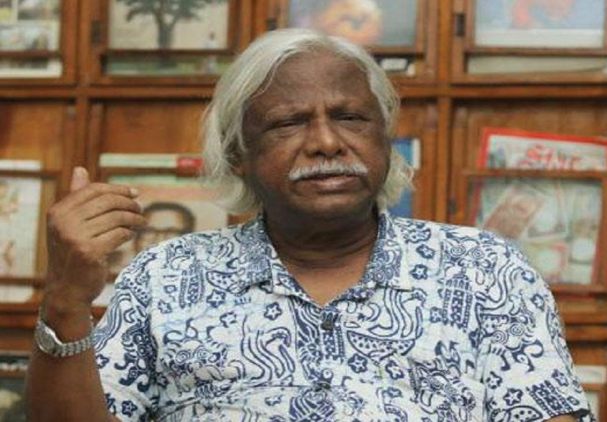 Gonoshasthya Kendra founder Dr Zafrullah Chowdhury on Saturday demanded the release of BNP chairperson Khaleda Zia from jail before upcoming Eid-ul-Fitr for the sake of democracy and peace in the country.

“I demand that BNP chairperson Khaleda Zia be freed before Eid-ul-Fitr. She should be granted bail for the sake of democracy,” he said.

Speaking at a discussion, Zafrullah further said, “Democracy and peace will be restored in the country if Khaleda Zia is freed.”

On May 16 in 1976, Maulana Bhasani led a massive long march from Rajshahi towards India's Farakka barrage, demanding demolition of the barrage constructed by the Indian government to divert flow of Ganges water inside its territory.

Zafrullah, also the chairman of Bhasani Anushari Parishad, said the law-and-order situation has deteriorated so badly in the country that the incidents of killing, enforced disappearance and rape are now taking placed unabated.

“Bangladesh has now turned into such a state where students of schools and madrasas, and even nurses can’t return home safely,” he added.

He criticised Prime Minister Sheikh Hasina for going abroad for her eye treatment though she promised earlier not to receive treatment abroad.

Speaking at the programme, BNP Vice-chairman Abdullah Al Noman said the current parliament has no acceptability to people. “So, it matters little who join this parliament and who not.”

He said the nation is going through a political crisis, and it will be resolved only with the release of Khaleda Zia from jail.