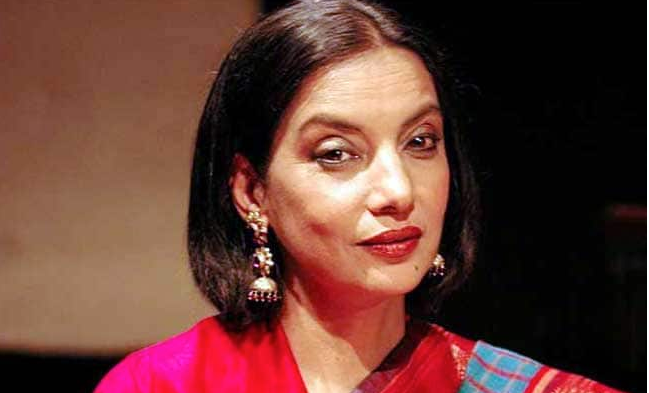 Shabana Azmi on Saturday slammed "fake news brigade" for attributing a false quote to her, which claimed the actor would leave the country "if Narendra Modi becomes Prime Minister again."

The actor, who has often been trolled for holding anti-majoritarian views and questioning the establishment, took to Twitter and called the news "pure fabrication."

"I've never said this and I have no intentions of leaving the country. This is where I was born and this is where I'll die. I have nothing but contempt for The Fake News Brigade,"  Azmi said.

In a series of tweets, the veteran actor wrote that the "fake news brigade is pretty pathetic" and since they can't talk about issues, they repeatedly sell lies so that people believe them as truth.

"Their overdrive exposes their fear at losing out...But they are falling flat on their faces because there are enough brave voices exposing them," she said in a tweet.

Azmi, 68, said her father Kaifi Azmi taught her to never treat her opponents like enemies.

"Maturity lies in discrediting the argument with logic not discrediting the opponent by falsehood and innuendo. How I wish sane debate would prevail rather than the muck that's thrown on a daily basis."