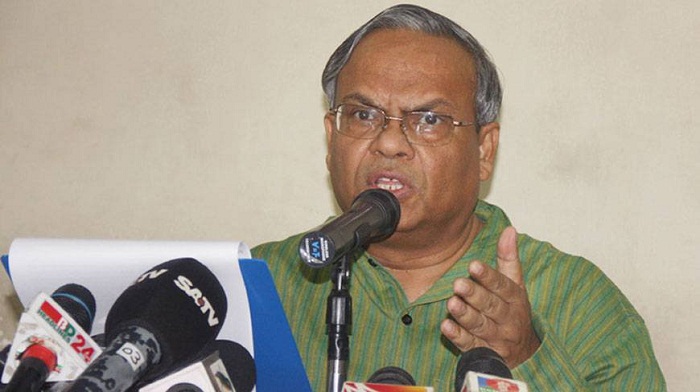 He made this comment while attending a human chain held in front of BNP’s central office at Nayapaltan in the city demanding exemplary punishment to the accused of raping and murdering Shahinur Akhter Tania, a nurse of a hospital in Dhaka.

At the human chain, Rizvi alleged that abusers are remaining out of reach as they belong to the ruling party.

He also said, “It is the duty of the government to eradicate abuses and rape incidents from the country. But it is observed that that the government hardly punishes them.”

Tania, a nurse at Ibne Sina Hospital’s Kalyanpur branch in the capital, boarded a 'Swarnalata Paribahan' bus from Mohakhali bus stand on Monday to go to her village home.

When the bus reached Ujanpur in Katiadi, other passengers except Tania got down from the bus around 9:30pm.

Later, her to death the driver and his helper violated the girl in the moving bus and strangled her with her scarf before throwing the body out of the vehicle at Gazaria near Bajitpur upazila.

Locals spotted the victim lying on the road and took her to Katiadi Upazila Health Complex where doctors declared her dead.