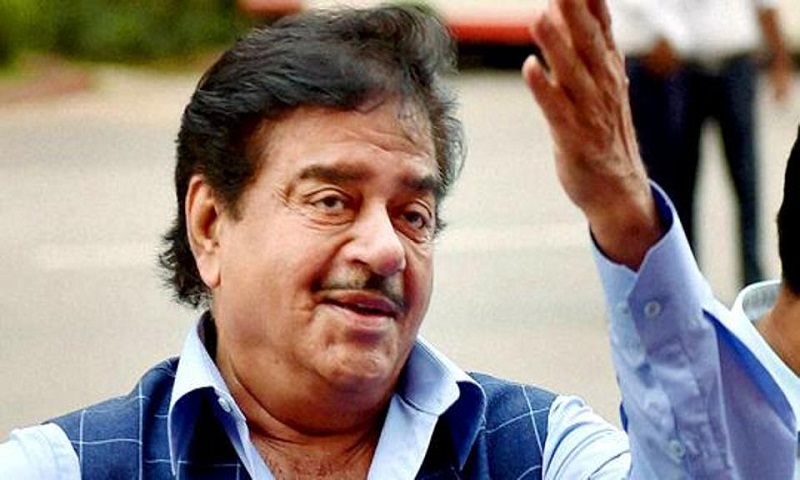 Former union minister and sitting MP from Patna Sahib, Shatrughan Sinha says that “Modi magic” is on the wane. The actor-turned-politician, who joined the Congress last month, says that he is hopeful that voters will elect him to the Lok Sabha for the third time and he will win with a thumping margin from the seat, reports HT.

Sinha, while describing the difference between his current party and BJP said, “Congress is a party of tried, tested and successful leaders. Rahul Gandhi has been able to create history by winning three states within a year after taking over as president of the party. This is very remarkable. It makes him a role model.”

“It is true that after spending such a long stint in the party, in which the late and great Nanaji Deshmukh took me, and I was groomed under Atal Bihari Vajpayee and LK Advani ji, it is obvious that there is bound to be some weakness for them, that’s obvious and natural as well,” remarked Sinha on BJP..

His departure from the BJP came after he was sidelined by the party’s top brass during the ticket distribution for the Lok Sabha elections. Sinha however, holds nothing against the senior leaders of the party. He sees autocracy, arrogance and anger among the party’s current crop of leaders. “Today, there is arrogance and autocracy in the party. It has become a one-man army and a two-man show. Dictatorial orders were passed overnight. Demonetisation, GST (Goods and Services Tax)....armed forces were politicised.”

There were chatters that Sinha is not toeing party line for which he was warned by the several party members. However, he is says whatever he says was nothing but truth. The bitterness with the party, however, grew when he was refused the ticket for Patna Sahib. Sinha says he saw the writing on the wall and “chose the grand old party, the party of Ghandi Nehru, and Patel.”