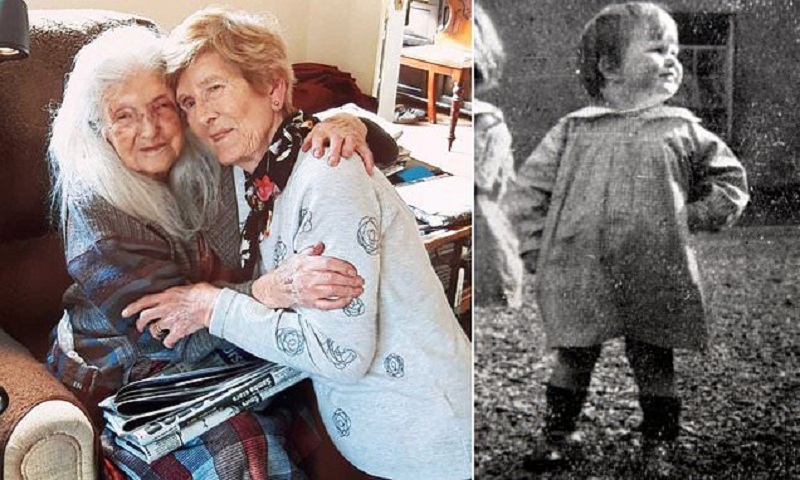 LONDON: An 81-year-old Irish woman has been reunited with her centenarian mother for the first time after searching for her for over 60 years, according to a media report on Friday, reports PTI.

Eileen Macken grew up in a Bethany Home orphanage in Dublin and had never met her birth mother. She started searching when she was 19 and last year contacted Ireland’s RTE’s Liveline to appeal for help to find her mother.

Earlier this year a genealogist called to say he had tracked her down in Scotland. “Once I heard that, nothing would stop me trying to get to see her,” Eileen said.

She travelled to Scotland last month and finally met her mum, Elizabeth, who will be 104 on Saturday, the BBC reported. “I went over to see her and she’sthe most beautiful lady, lovely family, they gave me a great welcome,” she told RTE’s Liveline programme. “We came in and, honestly I haven’t got over the acceptance that I got. They accepted me and I had a great chat with my mother.”

Eileen said Elizabeth was reading the newspaper when she saw her. “I said we were from Ireland and she said ‘I was born in Ireland’. “I said: ‘You know I’m your daughter’ and she just looked up at me and she took my hand.

“I think it’s nearly gone past her, but there was such a bond between the two of us. It was fantastic.”

Eileen, a mother of three, also discovered she has two half brothers. She said she did not think she would “ever come down out of the cloud” after meeting her mother.

She said she was always adamant that she should find her mum and never gave up. The meeting had made her happier than she could have imagined, she said. “We had three days of wonderful happiness that I’ve never had before.