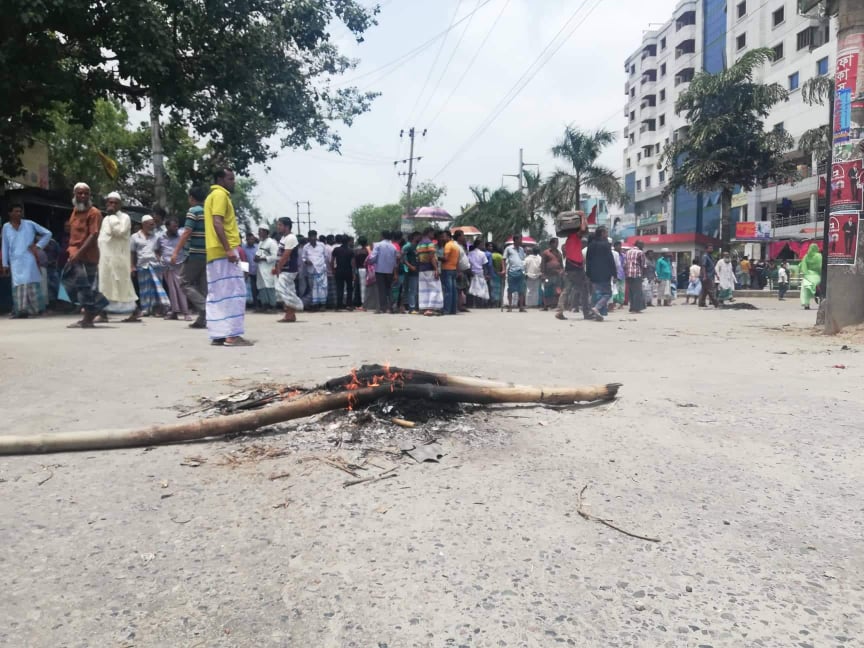 Workers of state-run jute mills blocked roads in the capital on Saturday morning to press home their demands for arrears and fair wages.

The demonstrators blocked roads in Demra from 6:00am and will continue till 4:00pm.

Meanwhile, workers of nine state-run jute mills in Khulna and Jashore blocked Dhaka-Khulna highway and rail lines for three hours on Thursday and announced that they would continue their programmes today.

Since March 29, workers of all the 26 mills of Bangladesh Jute Mills Corporation have been demonstrating to press home their nine-point demands, including implementation of the National Wage Scale-2015 and payment of arrears and gratuities.

Other demands include addressing the insurance claims of retired and deceased workers and reinstating those who lost jobs during previous demonstrations.