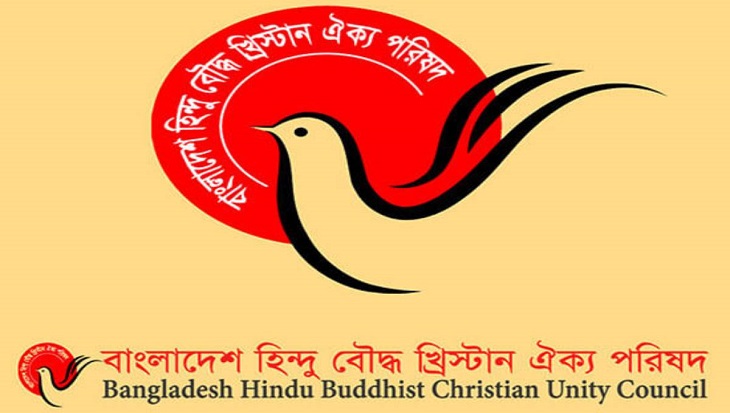 Bangladesh Hindu-Buddhist-Christian Oikya Parishad (BHBCOP) on Friday expressed deep concern over the increased violence and oppression of minorities in the last four months after the national election, reports UNB.

The BHBCOP, a non-profit aiming to protect rights of the religious and ethnic minorities, voiced its worries during its extended meeting at Moni Singh-Farhad Trust Bhaban in Dhaka’s Purana Paltan.

It also noted that a section of ruling party leaders and activists are involved in criminal activities to tarnish the government’s image, according to a press release.

It urged the government and law enforcement agencies to take immediate action against them. “The existence of minorities will be threatened more if the persecution is not stopped,” the statement said.

The BHBCOP decided to hold protest rally and procession across the country on May 25 at 10am to attract the government’s attention.

It also decided to organise its 11th National Convention on December 11-12 next year.

The report stated that attacks on religious minorities, torture, occupation of land, and vandalism in temples began to increase again throughout the country during the post-election period.