Plot on to turn country into a failed state: Fakhrul 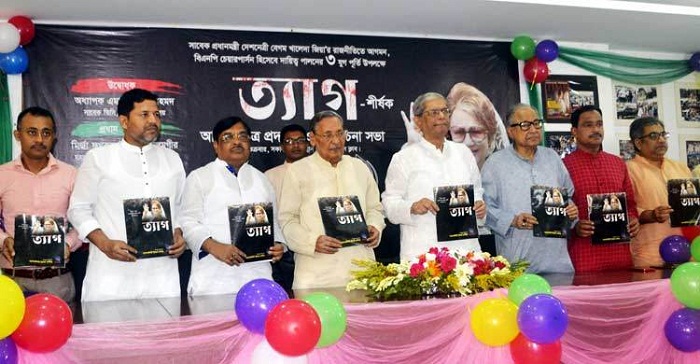 Bangladesh Nationalist Party (BNP) secretary general Mirza Fakhrul Islam Alamgir on Friday alleged that a plot is on to turn the country into a failed one.

He came up with this allegation while inaugurating a photo exhibition on the 36th anniversary of party’s chairperson Begum Khaleda Zia’s political career as party chief at Abdus Salam Conference Hall of the National Press Club on Friday.

Fakhrul said, “Our judiciary and election system have been totally broken down. Law enforcing forces have become hostage to a party. We have to step forward facing these challenges. It is not an easy task, rather a difficult one.”

In the exhibition, he also alleged that his party’s chairperson have been imprisoned unjustly too.

“Khaleda Zia is an icon of democracy. If she is freed from the jail, the government will perish. They will (Awami League led government) will be swept away by the waves of the people. They have kept Khaleda Zia impression for this reason. But they won’t be able to keep her locked; people will force them to free her” Fakhrul added.