Grey and green or pink and white? 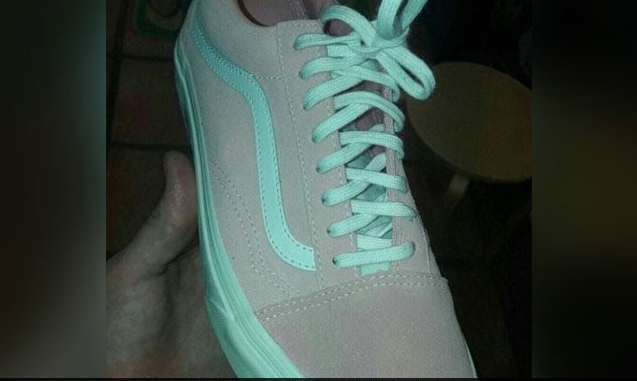 Years after the dress that broke the Internet and spawned a dozen more optical illusions, another picture is here to make you scratch your head. A picture of a shoe has gone massively viral online, and people can't seem to agree upon what colour it is. While some see it as pink and white, others are certain that the shoe is actually green and grey. The optical illusion has left the Internet divided, much like the dress that came before it.

Take a look at the picture of the shoe below:

The picture was shared online last week on a Facebook page named 'Thoughts for life', where it has collected more than 4 lakh comments and over 4.3 lakh 'shares'. It has also gone viral on other social media platforms like Instagram and Twitter.

"Wow! This is amazing, I see grey and mint green. My husband sees pink & white!" wrote one person in the comments section. "Grey and green with pink spots," said another. "I saw grey and green at first. Then I looked through my glasses and saw pink and white," a third wrote.

Though the Facebook page that shared the image claimed that people who saw pink and white have the right side of their brain as dominant, and those who saw green and grey have the left side dominant, that claim has been slammed by many on Twitter.