Statue of Bangabandhu to be erected in Cox’s Bazar 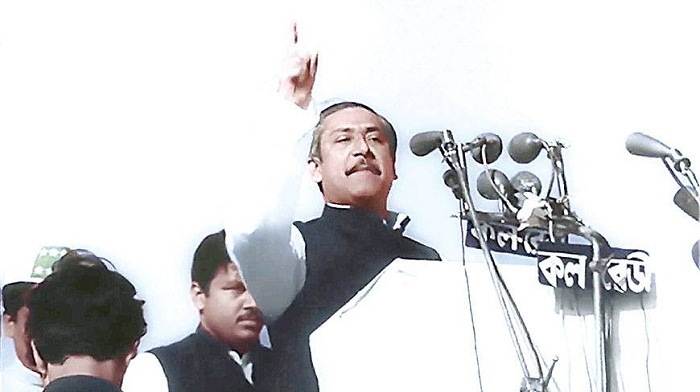 Liberation War Affairs Minister AKM Mozammel Huque said government is going to build a sculpture of Bangabandhu Sheikh Mujibur Rahman modelled on the Statue of Liberty of the United States as a part of the celebration of the 100th birth anniversary of the father of the nation.

He disclosed the decision while attending a meeting on the celebration of Mujib Year 2020-2021 at the ministry office on Thursday.

Speaking in the programme, Mozammel Huque said, “Government has taken year-long programmes to celebrate the 100th birth anniversary of Father of the Nation Bangabandhu Sheikh Mujibur Rahma. Every ministry, organisations and those who believe in the spirit of the Liberation War will work together to make the programmes a success.

According to the source, the sculpture will be established beside Cox's Bazar Marine Drive, an eighty kilometre-long road from Cox's Bazar to Teknaf along the Bay of Bengal and the world's longest marine drive.

Government is going to call for international tender from those interested in constructing the sculpture soon.