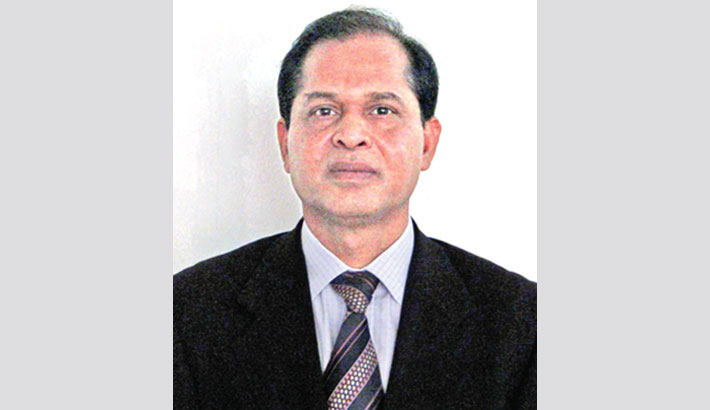 Terrorism or terrorist activities have become a threat to peace in the present world. We, the peace loving common people, have been living in a terrifying dread. We know that even though this extremism is being spread using politics and religion, but its roots are not established on political ideologies or religious beliefs. Though the number of terrorists is very few, but their activities of killing people make us panic. Their well planned attacks on the general people with weapons are the worst violation of humanity. When a person, quitting his human qualities, engages himself in heinous acts like terrorism, can we think that his conscience and religious beliefs work at all?

All the religions of the world speak for peace, speak for humanity. There is no religion that supports terrorism. However, we can find many instances of violent activities including wars among the people of different religions in human history. Even today, many criminal activities like killing, rape, looting, etc are going on in the name of religion. And ultimately the religion is blamed; religious beliefs are being hurled. In this case, there is no difference between Hindus, Muslims, Buddhists and Christians. Terrorists carry out their activities in the name of religion, and all the faults fall on the shoulder of the people of that religion. Though it is said that terrorists have no religion, terrorists have no country but the reality is that the context of religion comes automatically. The common believers of religion have to take the blame and sometimes, become victims physically and socially.

We, the people of Bangladesh, have a peaceful country; we believe in total and stable peace. Secularism has clearly been stated in our state structure. Although, Bangladesh is a Muslim majority country, the rights of the followers of other religions have been recognised and guaranteed by the state. We believe that religion is personal and it might differ from person to person; but the country is ours, we are the citizens of this country. The spirit of our great War of Liberation keeps us bound. The ties of harmony exist since long. So, neither communalism was able to raise its head nor could terrorism get rooted in the soil of this country. However, it sometimes trembles us while thinking about the difficulties to protect ourselves from the spreading terrorist activities that create atrocities all over the world. It is not true that we have never faced terrorist threats. Due to the policy of ‘zero tolerance’ of the current Government of Bangladesh towards terrorism, the network of world terrorism has never been able to penetrate permanently. Of course, we should not dream that their efforts would not be there.

A few months back, in one of my writings, I said that terrorists or extremists, whether Buddhists, Muslims, Christians, Hindus, Jews or Sikhs, do their violent activities by misinterpreting religious rules and norms. The purpose behind this is to engage common religious people in terrorist activities on the pretext of religion. In this way, the weaker side of the religious sentiments of the people do not just remove them from the right path of religion, but rather engage themselves in various terrorist activities. Ultimately, they are harming the religion. All the people of that religion have to pay the highest price for their activities.

By all means, religion has been placed in a dangerous position today. That is, religion and terrorism are being tied in one formula. Since religion is very sensitive, so it could be used very easily in such violent activities. Because of this, terrorist groups find religion as the easiest path to cheat people. Acknowledging the fact that as terrorism or extremism is going on in the name of religion, then, we have to try to wash out those ways with the help of religion itself. We have to be careful so that the terrorists cannot allure religious people anymore in the name of religion. Therefore, the role of religious leaders is important in coming out from that position of religion, that is, to protect the image of religion. Without any more wastage of time, we must think about the ways to utilise our religious leaders in creating anti-terrorism public awareness.

There are thousands of (70-80 thousand) madrasas in Bangladesh where millions of students are pursuing their studies. Besides, there are more than three hundred thousand mosques across the country, where millions of devotees pray. Above all, there are hundreds of temples, churches, pagodas, etc., for the Hindus, Christians, Buddhists and other communities in Bangladesh. We have noticed that our religious leaders rarely talk about or protest any terrorist attack.

However, as the religious network is scattered all over Bangladesh, they are able to take a strong anti-terrorism stand very easily and at an accelerated pace. There are very few organisations in Bangladesh who can play such a strong role as they do. But the question is, they have to understand well this issue and they must be given an action plan to follow. For this reason, all concerned will have to sit down together and take proper decision. I believe, by formulating and implementing a practical action plan, we will be able to bring the whole nation together to stand against terrorism. But, it should not be allowed to take longer time in its implementation. We should understand that value of time at this moment. Above all, political endeavours must go as usual.

In this prevailing situation, our authority may like to consider the following factors while preparing the action plan on this issue: (1) making of a complete list of mosques, madrasas, temples, churches, etc. for each and every upazila; (2) making of a list of the imams, priests, etc. (engaged in mosques, temples, churches, Buddhist temples, etc.) including the heads of madrasas or other religious establishments; (3) the government has to prepare an appropriate written statement or guidelines that would help the creation of public awareness against terrorism and will be followed by all religious establishments; (4) the written statement or guidelines must be followed by all religious leaders particularly at the weekly congregational prayers (such as the sermon on Friday’s Jumah prayer for Muslims); (5) similar presentation could also be practiced in other times’ prayers (like Muslims’ two Eid prayers as well as five canonical prayers); (6) necessary training programmes for the concerned religious leaders at the upazila level could be organised; (7) this issue, explained in the light of religious rituals and ceremonies, could be included in the religious books up to tenth grade students; (8) Government officers working at the Upazila may organise and participate, at least once in a month, a discussion meeting for the students and their guardians at different educational institutions of their respective Upazila; (9) seminars for religious leaders at district/divisional level may be organised at least once in a year; (10) at the village level, responsibility may be given to the mosque committee including the Imam (same for temples, churches/priests, pastors, etc.) to keep their eyes on this issue so that no one is involved in terrorist activities as well as to inform the local administration if any suspicious matter comes to their knowledge and (11) religious leaders may be advised to include anti-terrorism awareness statements in the light of religion in their lectures to be given at bigger religious gatherings (like Waj Mahfil for Muslims).

If we are determined to involve our religious leaders in this mission, then it will not only protect our society or country from the death-blow of the terrorists; but will also inspire the whole world to follow our step. Bangladesh can, thus, set a unique example for the world community of various religious believers or non-believers.

I would like to end today’s writing by referring a few words of one of my old writings – we have to resist terrorism that is obstructing the peace of the world in the name of religion and it must be done very firmly, collectively, regardless of race and ethnicity. We must keep in mind that terrorists have no religion; they should only be identified as terrorists. And it would be injustice if the innocent people are blamed for any terrorist acts. Let us awaken our beloved world with our inherent feelings of peace for the generations to come.