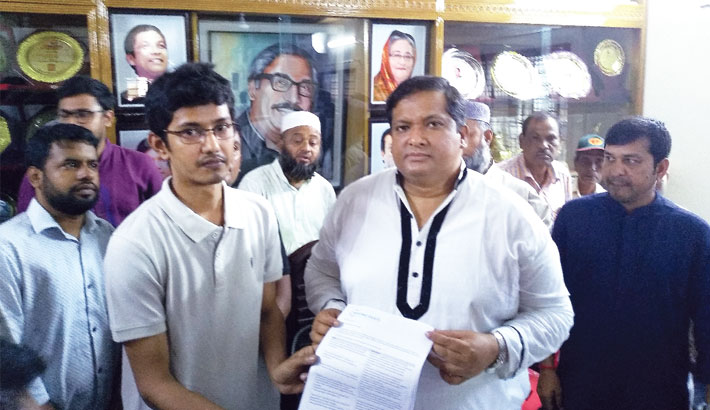 Poverty is a curse, the bitterest of curses, we all know. According to a poor Latvian woman, "Poverty is humiliation, the sense of being dependent and of being forced to accept rudeness, insults, and indifference when we seek help." The spectrum of poverty may range from a general scarcity or dearth of material possessions to a destitution so absolute that basic human needs of food, water, clothing, shelter, healthcare and education are denied to a person. Poor people's lives are invariably characterized by powerlessness and voicelessness.

Of the world’s total population, almost half live on less than $2 a day, and a fifth live on less than $1 a day, with 44 percent living in South Asia alone. The average income in the richest 20 developed countries is 37 times the average in the poorest 20 developing or underdeveloped countries - a gap that has doubled in the past 40 years. Considering such statistics it is easily comprehensible that combating poverty is an extremely complex and long-term endeavour. Fortunately, poverty eradication is a significant issue and a major goal for government and non-governmental organizations. In this regard efforts of a leading independent international development organization, Voluntary Service Overseas (VSO), are praiseworthy as it fights poverty through the lasting power of volunteering.

The VSO's high-impact approach involves bringing people together to fight various forms of poverty by sharing skills, building capabilities, promoting international understanding and action to change lives to make the world a better place for all to live in.  The VSO works in 24 countries around the globe. The countries are Bangladesh, Cambodia, Eswatini, Ethiopia, Ghana, India, Kenya, Lesotho, Malawi, Mozambique, Myanmar, Nepal, Nigeria, Pakistan, Sierra Leone, South Africa, Tanzania, Thailand, Uganda, Zambia and Zimbabwe.  Originally founded in 1958, VSO has been working in Bangladesh since 1974 to ensure that marginalized women and men in some of the poorest districts can participate in, contribute to, and benefit from the country’s economic and social development. The VSO brings together over 1,000 young national and international volunteers to work with 117 youths clubs across Bangladesh. They work closely with local authorities, young people and elders in the communities to deliver important information with a focus on the risks to health of young girls and legal protection for child rights.

The VSO’s youth intervention is contributing towards better understandings of sexual health and reproductive rights and awareness, challenging attitudes towards forced child marriage and dowries, sanitation and hygiene and vocational knowledge and business support to support entrepreneurship and employment. The VSO Bangladesh Country Director Md Forkhan Uddin said, “Our youth intervention focuses on the positive change on harmful attitudes as well as educate young people on a variety of topics, especially on sexual and reproductive health and rights.”

However there is no denying that youth leadership is the driving force of change among young people in Bangladeshi communities. A Bangladeshi volunteer who campaigns against child marriage and violence against women – including running a sticker campaign on Dhaka public transport - has been named as a youth ambassador in a prestigious new programme celebrating and promoting the work of young people worldwide. Joseph Mahtab is one of 22 young changemakers becoming YouthLead Ambassadors, picked from nearly 1500 applicants around the world. Joseph, 30, from Barguna, is the president of the VSO Alumni Association in Bangladesh. He will now take his place as an ambassador for the YouthLead.org programme, founded by the United States Agency for International Development (USAID).  On April 5, Joseph Mahtab met with State Minister for Youth and Sports Md Zahid Ahsan Russel and presented his YouthLead Ambassador letter to him and discussed potential collaboration on youth engagement work in Bangladesh.

The VSO Alumni Association in Bangladesh is a group of 450 young people who have completed a volunteer programme with the organization. After their three month placement is over, the alumni continue social action within their local communities and at a national level. The association focuses on different social issues; gender inequality, violence against women, dowry, poverty, sexual harassment, peace and justice. They are also contributing to raise awareness on Sustainable Development Goals (SDGs) in public universities and educational institutions together with civil society groups. Since the Alumni Association was established in 2015, they have reached around 4,000 people with their voluntary work to stop violence against women and prevent child marriage. Joseph has helped the association build partnerships with youth organizations and media outlets to promote the group’s awareness-raising campaigns on issues ranging from violence against women, to child marriage. In 2018, the team led a sticker campaign on public transport in Dhaka to raise awareness of a national helpline for survivors of violence to access justice.

According to VSO Alumni Association Bangladesh President Joseph Mahtab, child marriage is a big problem in our country, because people are living under pressure of poverty. “But change is happening and the rate of child marriage is decreasing because of activities in the communities.” The new YouthLead Ambassadors have a proven track record in mobilizing other young changemakers and youth through their activities. YouthLead.org is a platform where young changemakers can connect with like-minded networks of young people, mentors, resources and events. They will add value to other changemakers’ professional growth, and generate local engagement and peer-to-peer networking. As part of the programme, the YouthLead Ambassadors will implement local activities and contribute their ideas to make YouthLead more relevant to changemakers in their networks and communities.

(The writer is a columnist. E-mail: [email protected])