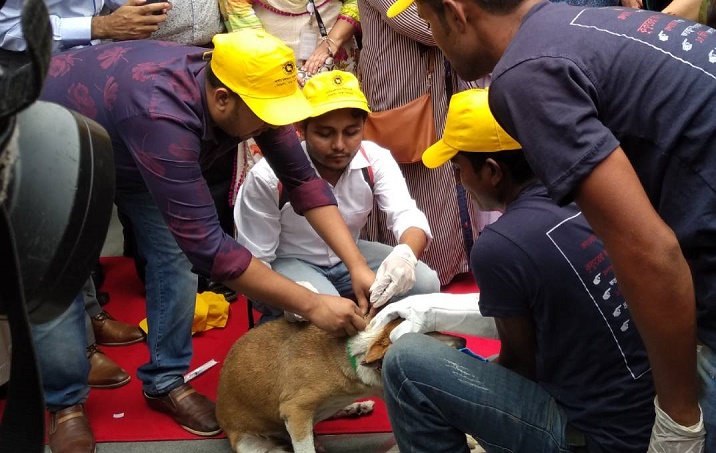 A week-long Mass Dog Vaccination (MDV) in the two city corporations will begin from May 14 as part of the country’s move to eliminate rabies by 2022.

Tahmina said that before 2010, more than 2,000 rabies-related deaths were estimated to have occurred in the country. In more than 95  percent cases, dogs were found to be the single most important cause of transmitting rabies followed by cat, jackal etc.

MDV’s goal is completion of at least three rounds MDV throughout the country by 2022 for achieving elimination of rabies by the estimated time.

Maleque said that rabies is a dangerous disease that spreads with dogs bites. “We won’t kill dogs. We’ll prevent the disease through vaccination,” he said.

State Minister for Fisheries and Livestock Ashraf Ali Khan Khasru said that dogs help us in various ways so we should not kill them. “If we vaccinate them properly and raise awareness among people, then we’ll be able to eliminate rabies from the country,” he said.

Dr Umme Ruman Siddiqui, deputy director of CDC, said in her welcome speech that rabies will be eliminated from our country by 2022 before achieving Sustainable Development Goals-2030.