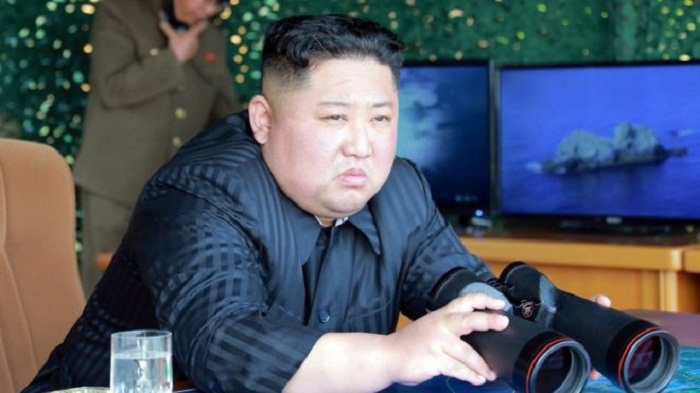 North Korea has fired at least one unidentified projectile, South Korea's military says, less than a week after it tested several short-range missiles.

The projectile was fired from the Sino-ri location north-west of the capital, Pyongyang, toward the east, according to South Korea's Joint Chiefs of Staff.

On Saturday, North Korea launched a number of projectiles from its east coast into the sea.

A top US envoy is in Seoul for talks on how to break the nuclear deadlock.

In February, a meeting in Vietnam between the North Korean leader, Kim Jong-un, and US President Donald Trump, ended without agreement.

President Trump walked away from what he described as a bad deal offered by Mr Kim.

The projectile was fired at about 16:30 local time (07:30 GMT), the South Korean military said, without providing further details. Unconfirmed reports say it flew some 420km (260 miles).

The Sino-ri base is located some 75km from Pyongyang. It is one of North Korea's longest-running missile facilities, according to the Washington-based think-tank Center for Strategic and International Studies.