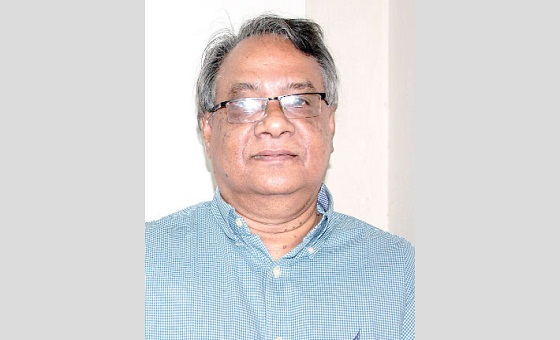 In the last two decades or so, Bangladesh has experienced a number of incidences of grave concerns. These include the rise of terrorism, religious extremism and catastrophic fire, road or river accidents and industrial disasters. All these incidents have claimed a large number of human lives. In fact, these are new phenomenon in Bangladesh though almost two decades have passed since the beginning of these occurrences. It is widely perceived that the rising acts of terrorism and religious extremism have international connections and implications.

These phenomena are also on the rise in the global arena for many reasons that are debated upon by the experts on the subject. However, as Bangladesh is very much part of the process of globalisation, these have also become realities for Bangladesh. The first real manifestation of religious extremism started with the Ramna Batamul bombing. It was a series of bomb attacks on 14 April 2001 at a traditional cultural programme on the first day or Pahela Baishak organised by the Chhayanot, the cultural organisation which is credited to organise this particular cultural programme for many years. In the dastardly bomb blast, 10 people were killed. One religious fundamentalist group later claimed credit for its involvement in the attack.

In fact, this may be termed as the beginning of terrorist attacks by the religious extremist groups in Bangladesh. It is alleged and later proved that these religious extremists groups received support and patronisation from the BNP-Jamaat Alliance then in power. The most condemnable aspect was that these elements were later used by the BNP-Jamaat Alliance government to annihilate the opposition political parties, particularly the Awami League, its leader Sheikh Hasina and other top leaders of the party. On August 21, 2004, Islamist militants launched a heinous grenade attack on a rally of the then opposition Awami League at Bangabandhu Avenue in Dhaka. The attack was carried out according to a meticulously designed plan hatched by some very important persons of the then BNP-Jamaat led government who allegedly conspired to annihilate their political rivals, including their prime target AL President Sheikh Hasina.

The plot failed as Sheikh Hasina survived the attack narrowly because some of her party leaders protected her by forming a human shield around her. However, 24 people were killed and over 400 were injured in the gruesome attack. Failing to kill her by grenade attack the assailants also fired bullets at the vehicle desperately trying to carrying Sheikh Hasina to safety. Eminent politician, Ivy Rahman, former president of Bangladesh Mahila Awami League and wife of late President of Bangladesh Zillur Rahman, received grievous injuries in the grenade attack. She lost both her legs and later succumbed to her injuries on August 24.

These types of attacks did not stop there.  On 17 August 2005, around 500 bombs exploded at 300 locations in 63 out of the 64 districts of the country. Again, a terrorist organisation – the Jamiaatul Mujahideen Bangladesh (JMB) claimed responsibility for the bombings. Again, on 14 November 2005 a bomb was thrown at a car transporting Judges to the District Court of Jhalakathi. A bomb was thrown at the vehicle. Two senior assistant judges Sohel Ahmed and Jagannath Pandey were killed in the bomb attack.

On the night of 1 July 2016, five terrorists took hostage of a number of persons including foreigners by forcefully occupying an upscale eatery the ‘Holey Artisan Bakery’ in Gulshan, Dhaka. The assailants entered the bakery with machetes, pistols, and bombs. The city police, as part of immediate response, tried to dissuade the terrorists and ventured to enter the bakery to save the innocent hostages. In the process, two police officers were killed by the extremists. In the attack, 18 foreigners and 2 locals, 2 police officers, 5 gunmen, and 2 bakery staff were killed. On the early morning of 2 July, a counter assault named Operation Thunderbolt was carried out that resulted in killing of the assailants and the release of the hostages. It revealed that the attackers were of Bangladeshi origin. The Islamic State (IS) claimed responsibility for the incident.

To combat terrorism and extremism of all kinds Bangladesh has adopted a policy of ‘Zero Tolerance’. The specialised unit of the police ‘Counter Terrorism and Transnational Crime Unit’ has so far conducted 70 major and small anti-militant operations successfully throughout the country. These moves of the government have been successful in containing terrorist activities in the country. However, threats are still there that require constant vigilance of the law enforcement agencies.

Media reports every day about the loss of lives of innumerable innocent people in different kinds of accidents of disastrous nature throughout the country. In particular, road accidents and fire associated loss of lives have become quite common in the country. Besides, factory related fire, building collapse, sinking of boats, steamers and launches, and ferries have become common phenomenon in recent years in Bangladesh. The recent incidence of fire in a commercial building in Banani, Dhaka has claimed about 25 human lives. In 2013, an eight storey garment factory in Savar, near Dhaka, collapsed due to structural failure. The death toll was 1,134 and many more than the number was injured. On 24 November 2012, in the Tazreen Fashion factory in Ashulia, on the outskirts of Dhaka, a fire broke out in which at least 117 people were declared dead and over 200 were injured. In 2016, at least 24 people, mostly workers were killed in a massive fire triggered by explosions at a packaging factory in Tongi of Gazipur.

These are glimpses of the grim picture and part of many of the sad stories of innumerable people who fall victims to these cruel incidents. On the other side of the story and the coin, there are stories of the people belonging to enforcement agencies, fire fighters and other common men and women of their braveries and sacrifices in the face of these ordeals and challenges. In many cases, they risk their lives for saving the lives and properties of people under threat at utmost challenging situations.

Here we need to mention about the supreme sacrifices of the Senior Assistant Commissioner (AC) of Detective Branch Md Rabiul Islam and then officer-in-charge (OC) of Banani Police Station Md Salahuddin Khan trying to enter the Holey Artisan Bakery to save the lives of the hostages from the terrorists. In the process, they were killed by the bullets of the assailants. Recently, the Dhaka Metropolitan Police (DMP) has erected the sculpture named ‘Dipto Sopoth’ in front of old Gulshan Police Station at Gulshan Avenue in the city. The sculpture portrays Assistant Commissioner Rabiul Islam and Officer-in-charge of Banani Police Station Salauddin Khan, who lost their lives during the Holey Artisan operation on July 1, 2016.

Our fire fighters these days have become fighters of all seasons. In all sorts of emergencies other than law and order situation, they are our rays of hope. Despite of limitations with regards to logistic supports and skills, they are relentlessly fighting in rescue operations without fear or hope of recognition. In the recent devastating fire at FR Tower, the young fire fighter Sohel Rana valiantly combated it and saved many lives but at the end was severely injured and later died in a hospital in Singapore. His supreme sacrifice should be recognised and honoured like the police officers Rabiul Islam and Salauddin Khan.

In Bangladesh, we have a rich tradition of fighting together (defence personnel, law enforcers, service providers and common citizens) for a common cause (War of Liberation). This spirit we always observe in all dire situations. Here it needs to be pointed out that the contributions and sacrifices of these heroes need to be recognised and honoured for this will inspire others to combat extreme situations with courage, fortitude and bravery and help in saving lives of many and bring glory for the nation.