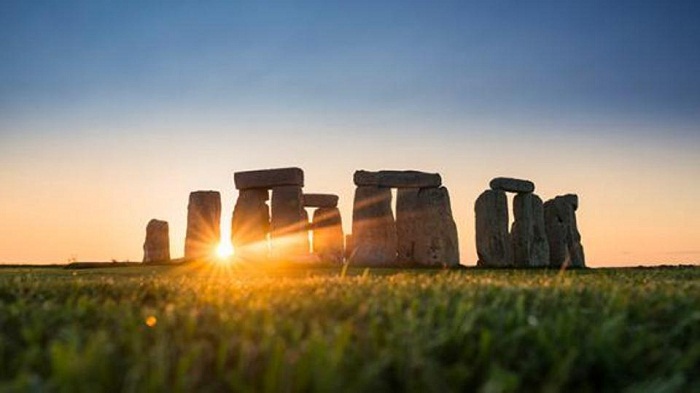 A piece of stone drilled from Stonehenge, a mysterious circle of ancient stones in southern England, has been returned to the site 60 years after being removed during archaeological excavations, English Heritage said on Wednesday.

The cylinder, which is 1.08 metres long and has a diameter of 25 millimetres, was taken from one of the monoliths in 1958 when the cracked stone was strengthened with metal rods.

Robert Phillips, an employee of the diamond cutting firm Van Moppes which carried out the work, kept the extracted stone core and later took it to the United States when he emigrated there, English Heritage said.

Last year, on the eve of his 90th birthday, Phillips asked that the fragment be returned to the care of English Heritage, a conservation charity which looks after the ancient stones.

“The last thing we ever expected was to get a call from someone in America telling us they had a piece of Stonehenge,” said Heather Sebire, English Heritage’s curator for Stonehenge.

English Heritage said the missing piece, incongruously pristine amid the weathered stone from where it came, could now help determine the origin of the stone.

“Studying the Stonehenge core’s ‘DNA’ could tell us more about where those enormous sarsen stones originated,” she said.

Radiocarbon dating shows that Stonehenge, a ring of about 4-metre-high standing stones in Wiltshire, southern England, was constructed 4,000-5,000 years ago.

There is no definitive answer as to why it was built or what purpose it served, though theories suggest it could have been a religious site or an astronomical observatory.

Thousands of pagans, druids and revellers still gather at the site to see the sun rise on the summer and winter solstices each year.

Stonehenge’s smaller bluestones were brought from the Preseli Hills in south-west Wales but the precise origin of the much larger sarsens is unknown.

A British Academy and Leverhulme Trust project, led by professor David Nash of the University of Brighton, is investigating the chemical composition of the sarsen stones in order to pinpoint their source, English Heritage said.

They believe the rediscovered core presents a unique opportunity to analyse the unweathered interior of a stone.