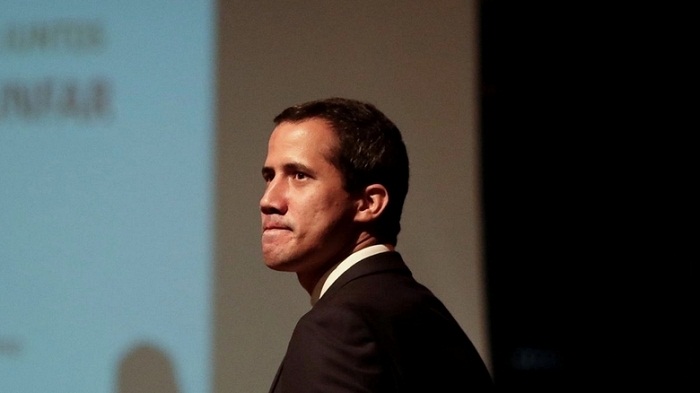 Venezuelan intelligence agents detained opposition leader Juan Guaido's congressional deputy on Wednesday, using a tow truck to drag his vehicle away with him inside, prompting the US government to warn of "consequences" if he was not released.

The SEBIN intelligence agency seized Edgar Zambrano, vice president of the opposition-controlled National Assembly, which Guaido heads, in the first arrest of a lawmaker since Guaido tried to spark a military uprising last week to bring down President Nicolas Maduro's government.

Venezuela's pro-Maduro Constituent Assembly agreed on Tuesday to strip Zambrano and six other lawmakers of their parliamentary immunity to allow their future prosecution. The opposition does not recognize the assembly's decisions.

The Supreme Court had earlier accused those lawmakers of conspiracy, rebellion and treason, and accused another three opposition legislators of the same crimes on Wednesday.

The opposition says Maduro has stacked the court with his own supporters, while the US government this week threatened to sanction all its members.

The US government's Venezuelan embassy, now based in Washington, said Zambrano's "arbitrary detention" was "illegal and inexcusable."

"Maduro and his accomplices are those directly responsible for Zambrano's security. If he is not immediately freed, there will be consequences," the embassy said on Twitter.

An attempted uprising last week led by Guaido, recognized by the United States and other Western countries as the rightful head of state, failed to dislodge Maduro, as have a series of US sanctions against his government. Maduro decried the events as an attempted coup.

"One of the principal conspirators of the coup has just been arrested," Diosdado Cabello, head of the Constituent Assembly, said in comments broadcast on state television.

"They will have to pay before the courts for the failed coup that they attempted," he said.