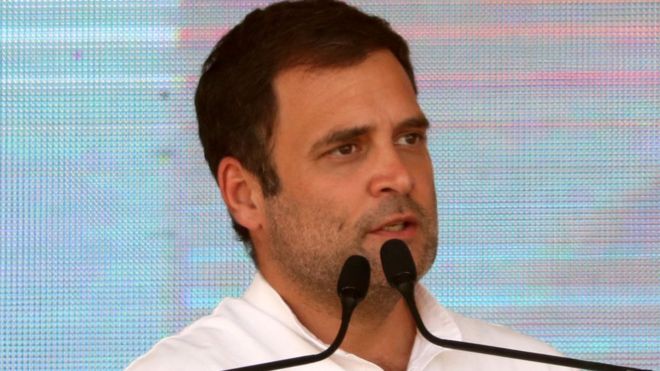 In an affidavit to the court, Mr Gandhi said he had "unintentionally and inadvertently" used the court's name to show that Mr Modi was corrupt.

The comment in question was made on 10 April when Mr Gandhi said that the top court's decision to re-examine an earlier verdict clearing the government of corruption charges in the Rafale jets deal proved that the "chowkidar" or watchman - a term Mr Modi has adopted this campaign - was indeed a "thief."

His comment saw the BJP almost immediately file a case in the top court, which saw him being ordered to explain his statement and also issue an apology.

He replied to the notice, saying he "regretted" attributing his statement to the court.

But the BJP's lawyer told the court on 30 April that Mr Gandhi's reply "fell short" of an apology. The court then gave  Gandhi time until 10 May to issue a formal apology.

The Congress party said that Rahul Gandhi had apologised to the court and not to Modi.

Rahul Gandhi has often alleged that corruption happened in the jet deal and Mr Modi favoured some businessmen.