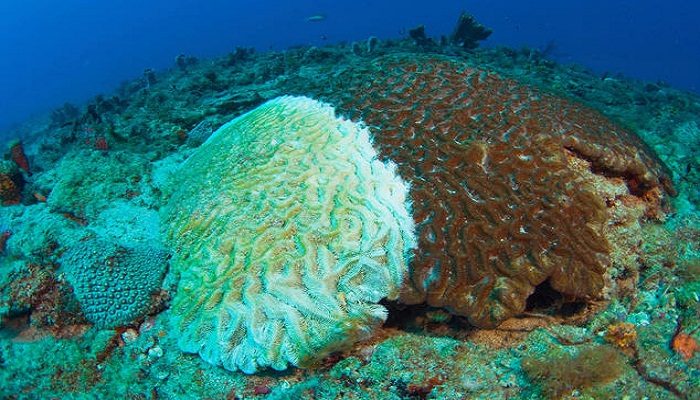 "This is the climate election," declared Queensland Greens Sen. Larissa Waters at a Brisbane forum, weeks before the Australian election this month.

It's unsurprising that Waters would say this: The environment is always at the heart of the Greens' policy. But a series of natural disasters has forced many other Australians to take notice.

Fires, floods and the worst drought in living memory have ravaged Australia in the past year, laying waste to thousands of homes, devastating the livelihoods of farmers and wreaking millions of dollars' worth of damage. In January, record-breaking temperatures soared so high, for so long that asphalt roads started to melt.

"When I was first elected in 2010, scientists were telling us it was the critical decade," Waters told the audience. "It's nearly the end of that decade and we've bloody wasted it."

The electorate is aware. Concern about climate change is now at a 10-year high among Australians, with 64% believing it should be a top priority for the government, according to an Ipsos poll released in April.

The Greens have long campaigned for action but remain a minor party without the numbers to govern. But as climate change becomes a key issue in the May 18 election, Australia's two major parties agree that something needs to be done.

The questions are what, when -- and crucially -- how much is it going to cost?

Australia is getting hotter. The rise in temperatures, once a future threat, is now an ever present danger, raising the risk of severe droughts, bush fires and intense rainfall across the country, according to the Bureau of Meteorology.

On paper, at least, the country is taking action.

In 2015, Australia was among the nearly 200 nations that gathered in the French capital and pledged to take decisive action on climate change, under the Paris Climate Agreement. Specifically, Australia agreed to cut its carbon emissions to 26% to 28% below 2005 levels by 2030.

The government's doing that by encouraging businesses and the public sector to cut emissions through its Emissions Reduction Fund, while promoting investment in new technologies like renewable energy.

Currently, investment in renewable energy is growing fast and renewables -- mostly hydropower, wind and solar -- provide around 21% of Australia's energy needs. In the United States, it's closer to 17%, and in the United Kingdom it's about 20%.

Despite this, in its 2018 Emissions Gap Report, the United Nations said there had been "no improvement" in Australia's climate policy since 2017, noted that emission levels for 2030 were projected to be "well above" target.

Prime Minister Scott Morrison insists Australia will meet its Paris Agreement targets. But critics say that's only because it's carrying over credits obtained under the Kyoto Protocol, and it's not doing enough to cut emissions now.

"Australia has certainly been lagging behind on climate change action, by which I mean the effort to decarbonize the economy and reduce emissions," said Frank Jotzo, director of the Center for Climate Economics and Policy at the Australian National University.

Efforts have been held back, he said, by intense political wrangling that has seen policies introduced then revoked.

The opposition Labor Party has seized on climate policy as one of the few points of difference with Morrison's ruling Liberal Party. If elected, it's promising to cut Australia's carbon emissions by 45% on 2005 levels, compared to the government's minimum pledge of 26%.

Earlier this year, when it became clear the government's perceived inaction on climate could cost it votes, it introduced a climate policy, which includes a $2 billion Climate Solutions Fund, as well as plans for the world's second largest pumped hydropower station.

While climate change expert Jotzo said the new climate policy was light on details, he saw it as a "positive sign."

"It's an acknowledgment that a mainstream party in Australia needs to have a climate change policy in order to be electable," he said.

The coal face of the issue

While both main parties are talking a big game on climate change, their commitment to action is being tested by the prospect of a large, new coal mine planned in north Queensland.

The government has long argued that Australia needs coal to sustain its world-leading run of economic growth. In February 2017, Prime Minister Scott Morrison -- then treasurer -- made his position clear when he brought a lump of coal into Parliament.

"This is coal. Don't be afraid, don't be scared," he said, to jeers from the opposition. "It's coal that has ensured for over 100 years that Australia has enjoyed an energy-competitive advantage that has delivered prosperity to Australian businesses."

For years, Indian mining conglomerate Adani has been pushing for approval for its Carmichael mine in the Galilee Basin, in Queensland. The mine would ship coal to India, China and Vietnam to feed the growing energy needs of those nations and create much-needed jobs in Australia.

The Galilee Basin is one of the world's largest unexploited coal reserves and covers 274,000 square kilometers (105,792 square miles) -- an area bigger than the United Kingdom.

"But that's really a trope for the whole debate about where does Australia go and its climate change policy," she added.

When the mine was proposed in 2010, the prospect of 10,000 new jobs caused a rush of excitement in Townsville.

That opportunity could have helped solve the north Queensland coastal city's high-profile unemployment problem: about 8% of Townsville is unemployed, compared to the national average of 5% -- meaning that about 8,000 people are jobless.

Since then, fierce protests and a lack of access to funding and state subsidies have downsized the capacity of the proposed mine from a behemoth producing 60 million metric tons of coal a year to a more modest 27.5 million metric tons per year facility. That cut the job creation prospects, too.

No party wants to lose voters in regional seats by appearing to condemn the unemployed. So both parties are trying to avoid the issue.

Environmental protesters, however, are facing it head on.

A convoy of Stop Adani protesters recently drove up the east coast of Australia from Hobart in Tasmania to the mine in central Queensland, some in electric cars, to spread their message to voters.

"If this mine goes ahead, there are half a dozen mines that will surely follow and that will render us with no chance of turning around climate change," Greens Party leader Richard di Natale said when the convoy stopped in Brisbane.

Protesters say more mines in North Queensland could boost traffic from coal ships near the Great Barrier Reef, which has already suffered damage from higher emissions caused by warming seas.

Adani company says that in stage one, the mine will produce only a small fraction of Australia's annual coal output, and argues that if Australia isn't mining the coal, other countries will step in to meet growing demand from Asia.

The government cleared the way for the mine just before calling the election. Now, Labor -- running on its pro-environment platform -- needs to give final approval, at a local level. But the timeline for approval isn't clear.

Whatever happens, there is likely to be anger -- and potentially protests -- on the losing side.

Climate change expert Jotzo said he hopes that the next Australian Prime Minister, whoever that might be, will soon realize that a faster transition to renewable energy won't lead to economic ruin -- it could, potentially, have the opposite effect.

"There is an interesting vision of Australia as the renewable energy superpower, as an exporter of renewable energy. That is a realistic prospect and one that holds significant economic opportunities," Jotzo said. "What you'd see is very large solar parks in the north of Australia producing very large amounts of hydrogen that are then being shipped to east Asia and potentially Europe."

Of course, that would take money, time and political will.

Right now, the country seems to be short of all three.