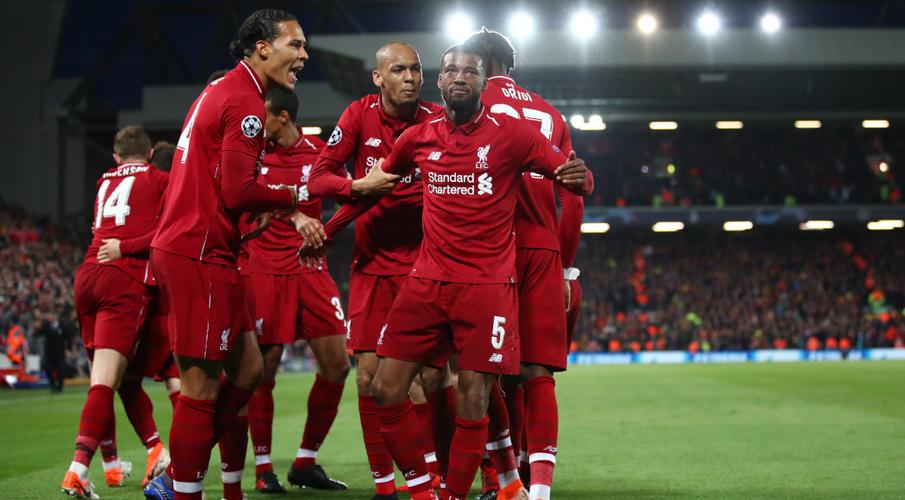 Klopp's men powered to their second successive Champions League final with a stunning 4-0 win against the Spanish champions in Tuesday's second leg at Anfield.

Liverpool had been written off after losing the first leg 3-0, but doubles from Divock Origi and Georginio Wijnaldum completed one of the greatest comebacks in Champions League history.

It was all too much for the always passionate Klopp as the German let his emotions run wild in an entertaining post-match interview.

Speaking to BT Sport, Klopp said: "It's 10 past 10, most of your children are probably in bed but these boys are f*****g talented giants. It's unbelievable.

"Fine me if you want. I'm not native so I don't have better words for it.

"The whole game. The whole performance was too much. It was overwhelming. I watched in my life so many football games but I can't remember many like this.

"Winning is already difficult but winning with a clean sheet? We played against maybe the best team in world. I don't know how the boys did it."

Klopp saluted his spirited players for refusing to accept they were out after losing the first leg by such a large margin.

"It's the best phase of football. There are more important things in the world. But creating this emotional atmosphere together is so special. It's all about the players," he said.

"The mix of potential and unbelievable heart is just a mix I never saw before. You have to be confident in a game like this.

"I saw James Milner crying after the game on the pitch, it means so much to all of us."

The victory was all the more astonishing because Liverpool were playing with the injured Mohamed Salah, Roberto Firmino and Naby Keita.

Klopp turned to Origi and Xherdan Shaqiri to fill in for Salah and Firmino and the German was delighted that both seized their rare chances to shine.

"Divock and Shaq didn't play a lot. Putting a performance in like that, it was so important. It shows what's possible in football. It's so nice. It's really nice," he said.

Liverpool are in their ninth European Cup final as they look to win the competition for a sixth time and will face Ajax or Tottenham in the Madrid showpiece.

It is an outcome that was unthinkable at kick-off, but Klopp claimed he had a feeling Liverpool could rattle Barca if they played off the cuff.

That was never better demonstrated than in the audacious corner routine that led to Origi's winner, with Trent Alexander-Arnold appearing to walk away from the set-piece before quickly whipping it in to catch Barca off guard as the unmarked Belgian slotted home.

"We had to be serious. But we needed to be cheeky as well. It was necessary," Klopp added.

"Barcelona defend predictable things well. But you need to be unpredictable at moments."