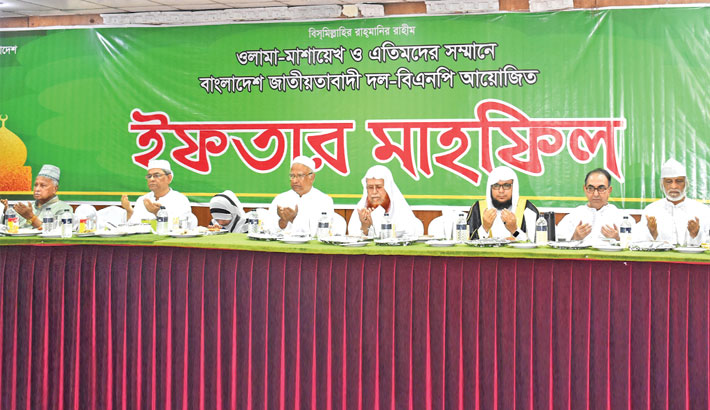 Senior BNP leaders offer a munajat before breaking the fast at an iftar party hosted for orphans and alem-ulema (Islamic scholars) at the city’s Ladies Club on Tuesday. -SUN PHOTO

In absence of BNP Chairperson Khaleda Zia, the party hosted an iftar party for orphan students and alem-ulema (Islamic scholars) on the first day of Ramadan on Tuesday.

The programme was held in the city’s Ladies Club where over one hundred orphans and some alem-ulema were present.

Khaleda used to take iftar with orphans and alem-ulema on the first day of Ramadan every year.

The chair of the chief guest was kept vacant, as Khaleda is now in jail.

Prior to the iftar, a munajat was offered praying for Khaleda’s early recovery and her release from jail.