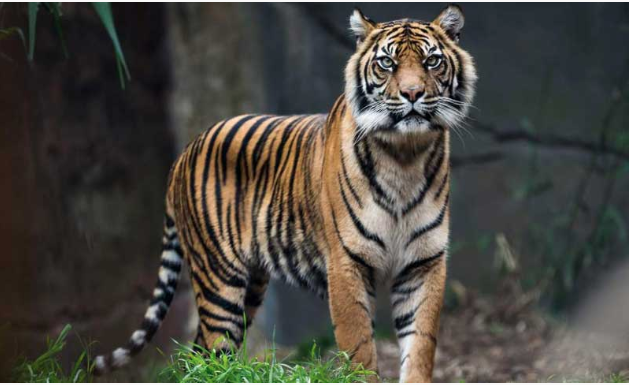 Climate change and rising sea levels eventually may wipe out one of the world’s last and largest tiger strongholds, scientists warned in a new study, reports The New York Times.

The cats are among nearly 500,000 land species whose survival is now in question because of threats to their natural habitats, according to a report on Monday by the United Nations.

But 70 percent of the land is just a few feet above sea level, and grave changes are in store for the region, Australian and Bangladeshi researchers reported in the journal Science of The Total Environment. Changes wrought by a warming planet will be “enough to decimate” the few hundred or so Bengal tigers remaining there.

“By 2070, there will be no suitable tiger habitats remaining in the Bangladesh Sundarbans,” concluded the study by 10 researchers.

The paper, which relies on climate scenarios developed by the Intergovernmental Panel on Climate Change for its simulation models, adds to existing studies that offered similarly grim predictions for wildlife in the Sundarbans.

In 2010, a study led by the World Wide Fund for Nature projected that a sea level rise of 11 inches could reduce the number of tigers in the Sundarbans by 96 percent within a few decades.

Sharif A. Mukul, lead author of the new report on the Sundarbans, and his colleagues looked for risks to the tiger beyond sea level rise, which accounted for 5.4 percent to 11.3 percent of the projected habitat loss in 2050 and 2070.

Other factors related to climate change were more damaging to the Sundarbans’ tigers, one of the largest remaining populations of wild tigers in the world, the researchers found.

Since the early 1900s, habitat loss, hunting and the illegal trade of animal parts have decimated the global population of tigers from around 100,000 to fewer than 4,000.

In the Bangladesh Sundarbans, a spike in extreme weather events and changing vegetation will further reduce the population, the study found. And as the Sundarbans flood, confrontations may grow between humans and tigers as the animals stray outside their habitat in search of new land.

“A lot of things might happen,” said Dr. Mukul, an assistant professor of environmental management at Independent University, Bangladesh in Dhaka. “The situation could be even worse if there is a cyclone or if there is some disease outbreak in that area, or if there is a food shortage.”

In October, a landmark report by the United Nations’s scientific panel on climate change found that if greenhouse gas emissions continued at the current rate, the atmosphere would warm as much as 2.7 degrees Fahrenheit above preindustrial levels by 2040.

That increase would have significant consequences for food chains, coral reefs and flood-prone areas. It may also disproportionally affect poorer, densely packed countries like Bangladesh, which is about the size of Iowa and home to 160 million people.

In an analysis of decades of tidal records, scientists found that high tides were rising much faster than the global average in Bangladesh, which sits in the Ganges Delta, a complex network of rivers and streams.

Sugata Hazra, an oceanographer at India’s Jadavpur University, said there may be some loss of land in the Sundarbans, but his research suggested a less dramatic impact on tigers.

Some steps have already been taken to protect low-lying areas and the tigers living there, said Zahir Uddin Ahmed, an official with Bangladesh’s forest department.

Crops that can survive higher levels of water salinity are being introduced. The government has built storm surge walls. Sediment redistribution has also naturally raised the height of some islands, he said.

Still, Prerna Singh Bindra, the author of “The Vanishing: India’s Wildlife Crisis,” said tiger habitats would continue to shrink - whether because of climate change or the development of industry - and that good conservation options were hard to come by.

Simply moving Bengal tigers to another reserve, for instance, was not a “viable solution,” she said.

“Where do you put these tigers? Where is a suitable undisturbed habitat on this crowded planet?”