West Indies opt to bat, Campbell misses out with sore back 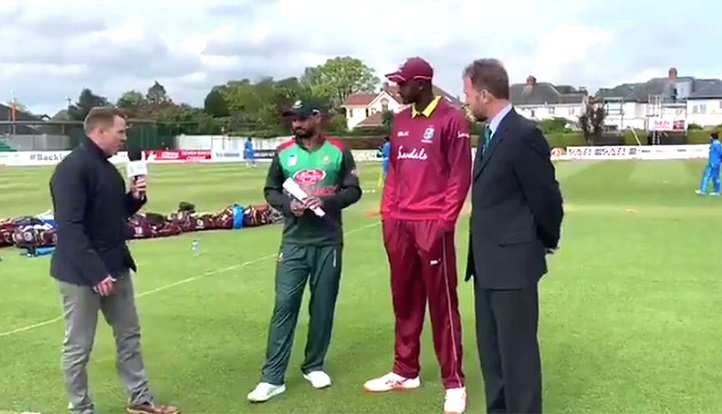 West Indies have won the toss against Bangladesh and elected to bat first in their second game of the tri-nation series at the stadium of Dublin's Castle Avenue in Ireland on Tuesday.

Windies captain Jason Holder opted for first strike against Bangladesh explaining that they were hoping to make best use of the used pitch.

In the tri-series opener against Ireland, West Indies won by 196 runs relying on the record-breaking stand of 365 between John Campbell and Shai Hope.

On the other hand, Bangladesh lost their lone practice game against Ireland A by 88 runs as the Tigers were struggling to adapt to the condition of Ireland.

Holder's team were forced to make one change after John Campbell, Man of the Match for his 179 against Ireland in the opening game, complained of a sore back. Shane Dowrich took his place.

Liton Das and Rubel Hossain were left out of the XI that played Bangladesh's previous ODI - against New Zealand in February - and Shakib Al Hasan and Mohammad Mithun came in.